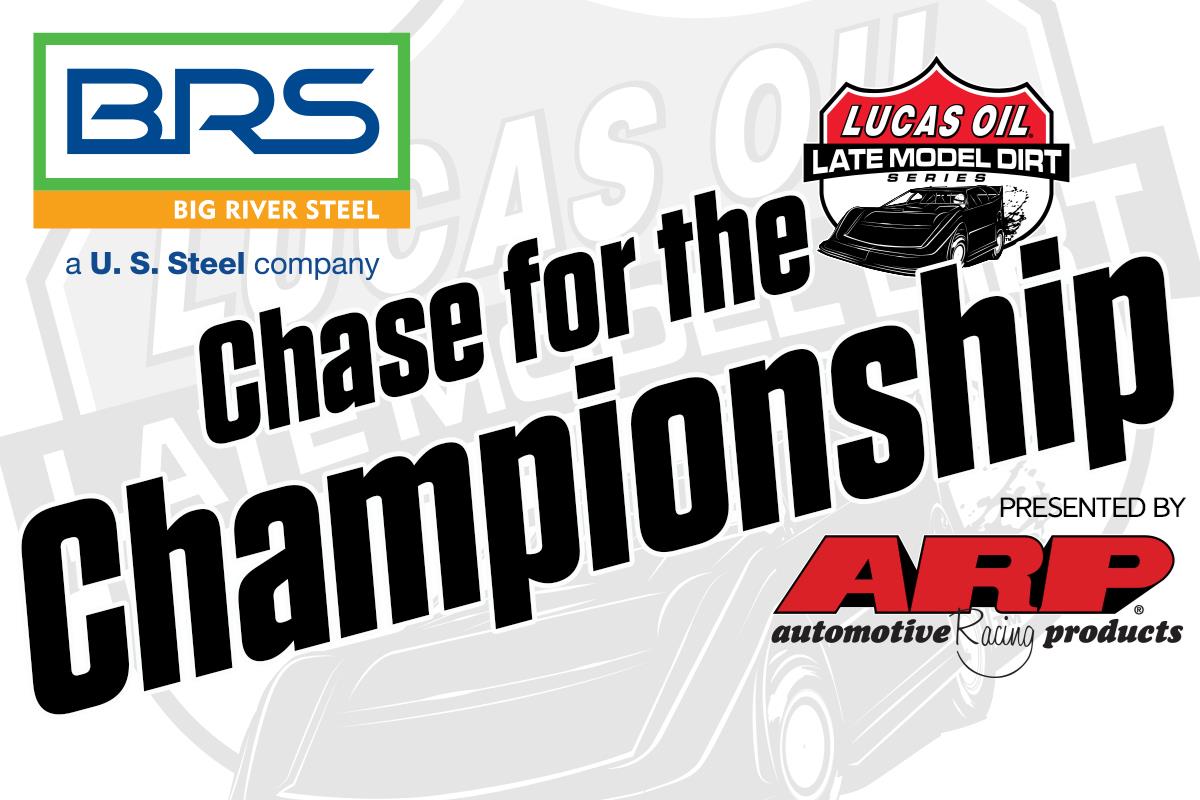 The new model will be an elimination style format designed to reward the worthiest, battle-tested driver at the end of the season. In addition to the revitalized championship format, more than $470,000 has been added to the championship point fund, bringing the grand total for the Big River Steel Chase for the Championship presented by ARP to just over $1,000,000.

Under the new model, the field will be whittled down to a final four drivers through four rounds of eliminations. The remaining four drivers will go into the season finale at Eldora Speedway with an equal chance to win the championship.

The four rounds of eliminations are:

Following each round of eliminations, the teams advancing to the next round will be awarded the following cash bonuses:

Drivers will continue to earn points at every event throughout the season based on the traditional championship point structure. At the season finale, points for the Big River Steel Big Four drivers will be consolidated. The first of the four drivers to cross the finish line in the 43rd Annual Dirt Track World Championship will be crowned the 2023 Lucas Oil Late Model Dirt Series National Champion.

“The Lucas Oil Late Model Dirt Series has seen tremendous growth throughout its history,’ said Rick Schwallie, Series Director. “We look forward to crowning our 18th National Champion, Tim McCreadie, on Friday night. As we look ahead to our 19th season, we’re ready for an action-packed season that will culminate in our first ever visit to the historic Eldora Speedway. Only twice in our Series history has the championship been contested at the season finale. The Dirt Track World Championship is an event that is worthy of crowning a Champion. Not only will the crown jewel pay $100,000 to win, but now, the race inside the race is worthy of the persona that is the Dirt Track World Championship. For us to be proud of this program, there were two key factors. First, the event needed to be contested at the speedway that dirt late model racing calls home, Eldora. Second, the four finalists contending for a national title needed to be well compensated for their efforts all season. The unwavering dedication of Lucas Oil, our exclusive broadcast partner FloRacing, and our great marketing partners allow us to strive as the elite dirt late model tour.”

"We are passionately committed to our involvement in motorsports and the continued growth of the Lucas Oil Late Model Dirt Series. We are incredibly excited about the new million-dollar point fund and elimination-style championship format for the Lucas Oil Late Model Dirt Series - it elevates the drama, the action, the stories, and the passion that fans like us have for these drivers and teams," said Morgan Lucas, president of Lucas Oil. "Motorsports, and the Late Models series specifically, is in our DNA. Ratcheting up the fan experience and excitement for the sport while celebrating and supporting these tremendous athletes is a win-win. I can't wait to see how this season shakes out."

The Big River Steel Chase for the Championship presented by ARP kicks off at Golden Isles Speedway with the Super Bowl of Racing on January 25-28. From there, the Lucas Oil Late Model Dirt Series is back at Bubba Raceway Park for two nights on January 29-30 before heading to All-Tech Raceway, February 2-4. The 47th Annual Wieland Winternationals will close out Speedweeks, February 5-11, at East Bay Raceway Park.

To keep pace with evolving and emerging industries, they’ve attracted and trained the best steel technicians in the business. They’ve equipped them with the most advanced technology to make the steels customers need today and a decade from now. All while creating minimal impact on the environment. From their Flex Mill® equipment to AI technology to their partnerships with academic research institutes, they’re daring to be more than what you’d expect from a steel company.

About Automotive Racing Products:
ARP is the world leader in fastener technology, proudly made in the USA. Located in Ventura, CA, ARP’s product line contains thousands of part numbers, and has expanded to include virtually every fastener found in an engine and driveline and throughout the suspension and frame. These range from quality high performance OEM replacement parts to exotic specialty hardware for all forms of motorsports and marine applications.

To learn more about ARP visit their website at www.arp-bolts.com.

About Sunoco Race Fuels:
For decades, Sunoco’s fuels have been associated with racing excellence. Today, Sunoco has expanded the reach of its racing fuels line around the world to include all types of professional motor sports and other activities where premium race fuels make a difference. With its unsurpassed innovations and years of experience, it’s easy to understand why more and more engine builders, racers, tracks and sanctioning bodies choose Sunoco over all other racing gasoline combined. It takes high-performance racing fuels that are willing to go the distance – fuels like those produced by Sunoco. As the largest manufacturer of racing gasolines in the world, Sunoco has a 40-year track record of winning performances.

About Summit Racing Equipment:
It was 1968, and a young engineer owned a big block-powered 1967 Corvette roadster with a 427. He made some connections to get hop-up parts at a discount, and it wasn't long before his drag racing buddies found out and wanted the same deal. From such humble beginnings Summit Racing Equipment was born. Fast-forward to 2021 and that one-man startup is now the World's Speed Shop® the go-to parts source for thousands of gearheads around the globe.

About UNOH – University of Northwest Ohio:
Founded in 1920, the University of Northwestern Ohio is an entrepreneurial, not for-profit, university located in Lima, Ohio, situated on 200 acres. In 2020 UNOH celebrated its 100th anniversary of educating students from around the world. There are five colleges within the university: College of Applied Technologies, College of Business, College of Health Professions, College of Occupational Professions, and the Graduate College. The University is known worldwide as a leader in the Automotive, Diesel, and High-Performance industries. UNOH also offers world class degree programs in Business, Health, Marketing, Information Technology, Robotics, and many other fields of study. UNOH is a co-ed campus and has taught students from all 50 states and 69 countries, and currently has nearly 4,000 students enrolled from 50 states and 36 countries. At UNOH there is no out-of-state tuition. UNOH awards Master’s, Bachelor, Associate, and Diploma programs to more than 1,000 students each year at graduation. The University of Northwestern Ohio also offers a variety of athletics including Men’s & Women’s Basketball, Tennis, Golf, Bowling, and Soccer, Women’s Volleyball, Men’s Baseball, Women’s Softball, and six Co-Ed Motorsports teams.

About FloSports:
Founded in 2006, FloSports is a venture-backed subscription video streaming service dedicated to sports, offering live and on-demand access to hundreds of thousands of competition events across 25+ vertical sport categories in the US and abroad. With a growing library of more than 300,000 hours of premium content including news, expert commentary, films, documentaries and more, FloSports has established itself as an innovator and leader in sports streaming. Finally, your sport has a home.

For unlimited access to live events across 25+ sports, plus thousands of hours of original programming, including news, expert commentary, films, documentaries and more, visit www.flosports.tv.