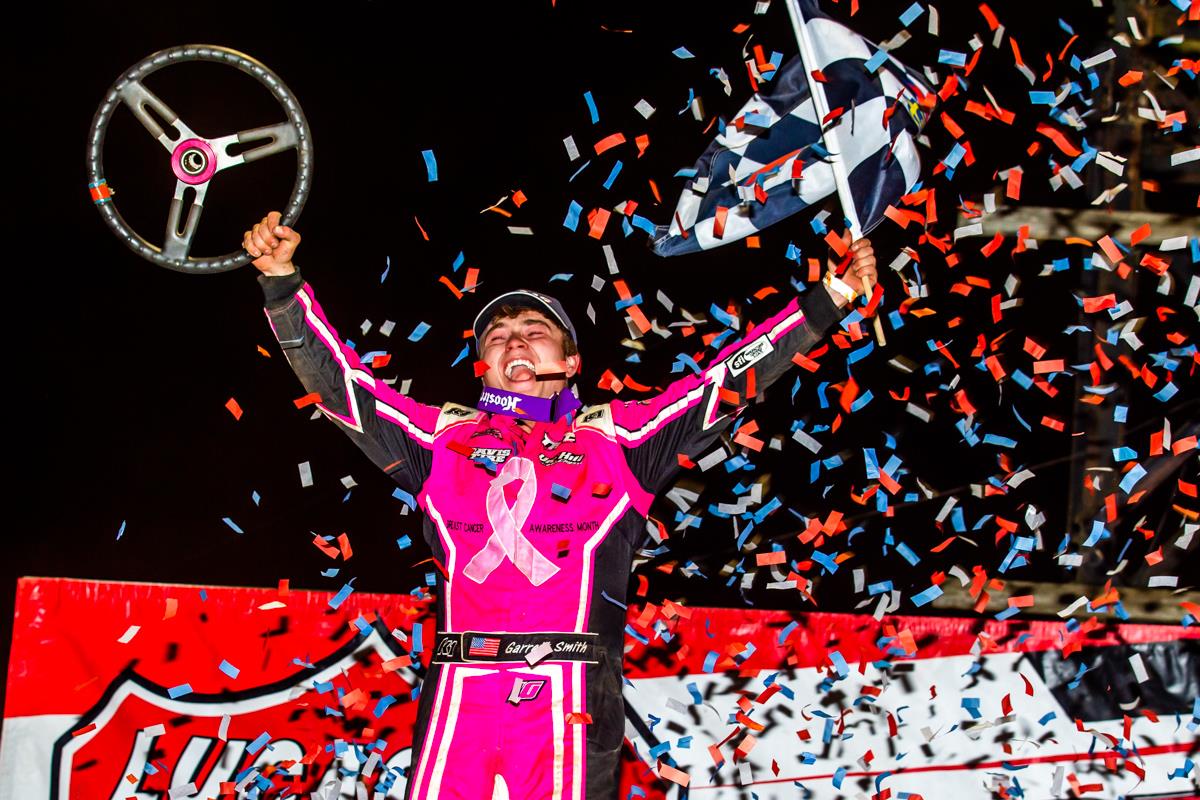 PORTSMOUTH, OH (October 15, 2022) – Garrett Smith picked up the biggest win of his young career on Saturday night at Portsmouth Raceway Park. The Georgia native took home $100,000 for his victory in the 42nd Annual General Tire Dirt Track World Championship Presented by Optima Batteries. Smith, at age 19, is now the youngest driver to ever to win the crown jewel event.

Smith, who earned the pole position in his first ever Dirt Track World Championship, took the lead at the start of the race with McCreadie and Brandon Overton in tow. Overton was able to take over the second spot from McCreadie just before the first caution of the race with 13 laps completed. The top three of Smith, Overton, and McCreadie stayed that way until McCreadie regained the second slot on a lap 89 restart. Overton slowed shortly after to draw the caution with a flat right rear tire.

Smith, who became the 27th different driver to win the event, was emotional in victory lane after he climbed from his car to celebrate his first career Lucas Oil Late Model Dirt Series win. “I have been working so hard to get here and I finally got it done,” said Smith, who became the 21st different winner this season. “I was just making sure I wasn’t getting them [the tires] overheated and going down like what happened to those other guys. I was just trying to stay straight there at the end and not wheelspin any. I talked to Scott Bloomquist all week. He’s a good guy and I used everything he told me, and I put all of that into play tonight.”

McCreadie, with his second straight national championship worth a dirt late model record of $150,000, came up just short of his first Dirt Track World Championship. “It was tough out there. He [Smith] did a great job. Hats off to him. That was a very poised drive for someone his age. They did a phenomenal job. I tried early and thought if I could get in traffic and try to move off the bottom that was my only shot and then I fell back. I hated that I got into him [Overton] on the restart there. It looked to me like he was having a right rear flat, and he was he was wheelieing it down the frontstretch and I had such a good run on him.”

Marlar who tried to move through the middle of the track to gain some positions fell back early but was able to round out the podium with a third-place finish. “I was moving around there trying to pass people and it cost me a few times and somehow, I fell back into getting third. I fell back there quite a bit early trying to pass people. It worked out tonight. It was a good season. It’s always fun to race with Lucas, they have lots of big races and big crowds and it’s a cool environment, so we always enjoy it. Congrats to Garrett for winning the race and Timmy on a great season with two championships in a row that’s hard to do. So, we’re proud of him.” 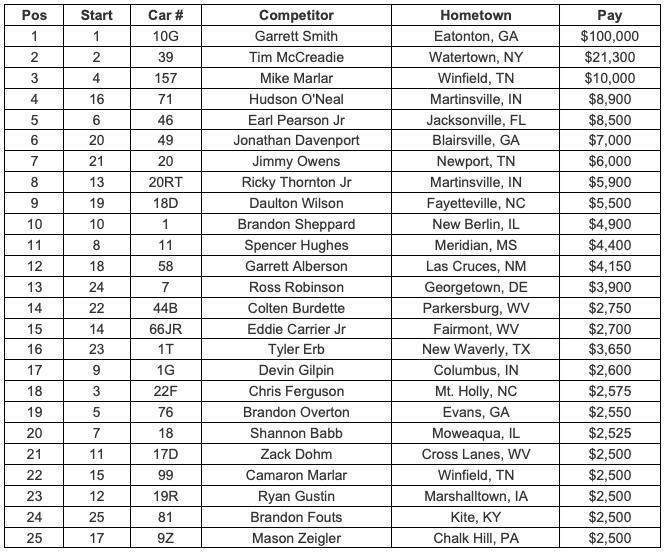