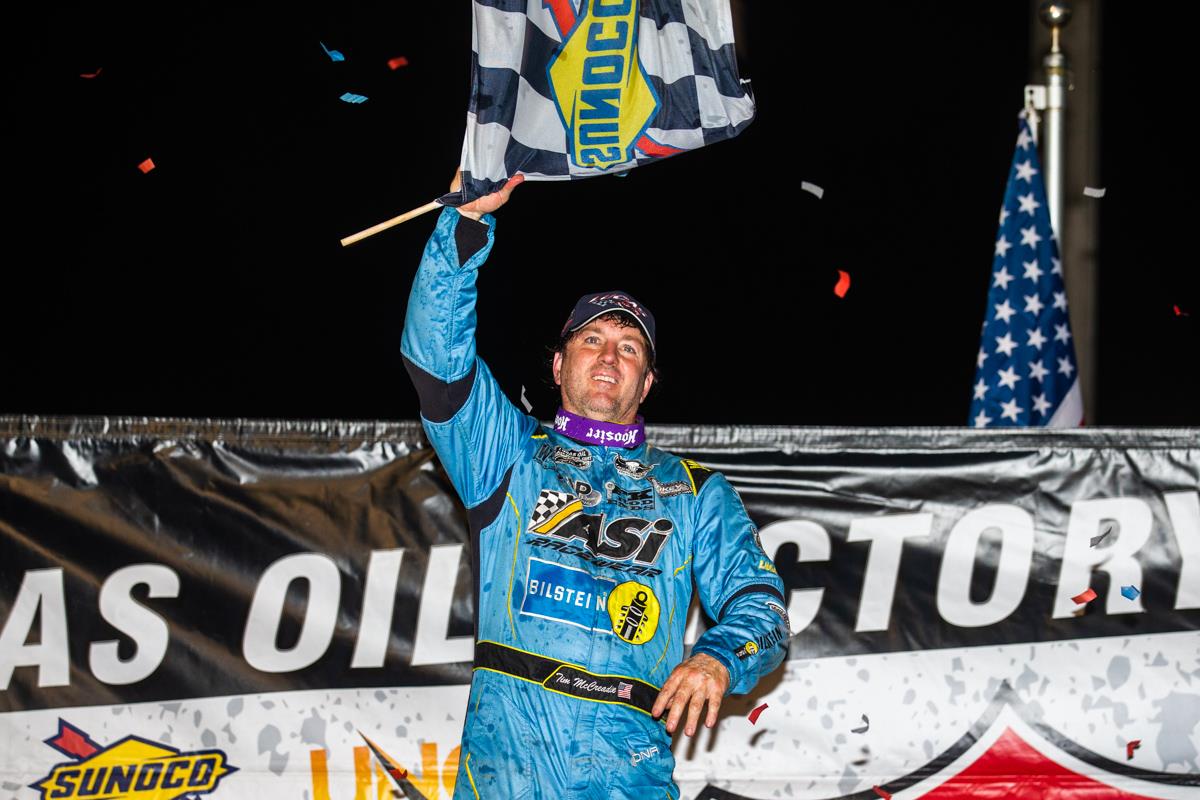 McCreadie’s third career victory in Brownstown’s biggest race of the year allowed him to move to a 180-point advantage over Brandon Sheppard in the championship hunt. McCreadie, who led the first 25 laps of the race before yielding the top spot to Tyler Erb got back by the Texan on lap 65 after he, Erb, and Ricky Thornton Jr. had a 3-car battle for the top spot.

Thornton got by Erb on lap 68 as Erb relinquished the second spot. A 70-lap run of green flag racing ended with 20 laps to go when a caution came out. On the restart, McCreadie was able to keep enough breathing room between himself and Thornton to the checkers.

Thornton took the runner-up position as Erb rounded out the podium in third. Josh Rice finished in fourth followed by Daulton Wilson, who came home in fifth in his first Jackson 100 start.

McCreadie, who won the Jackson 100 in his first-ever appearance at Brownstown in 2008, now has won two of the past Jackson 100 events. “I didn’t want the tires moved in just because that’s where I like to run. That’s where they always have been, unfortunately it just so long to get the outside cleaned up to keep up. I mean Terbo [Tyler Erb] passed me down there and I thought, I need to get back in my lane and I was able to get back by him. Hats off to my crew. This car was brand new at I-80. I think we have 5 or 6 races total on it. Man, it’s like anything else you just hate getting out of something you like.”

Thornton was right in the mix for his first Jackson 100 win but fell 1.457 seconds short at the end. “He [McCreadie] was just better in spots than I was, and I think that was the main thing. We were both riding there I felt like and I showed him my nose one-time on the outside and then he took off. Congrats to T-MAC that was cool they had a heart break there at Knoxville so it’s nice for them to bounce back.”

Erb, who like Thornton was looking for his first Jackson 100 win, rounded out the podium after leading for 38 laps. “I got behind lapped cars and it broke my momentum there. I passed him [McCreadie] running lower than he was and I caught the lapped cars and couldn’t pass him on the bottom, so I moved up to the top. He got ahead of me there when we split a car. Literally at the same time I was going to turn down Ricky was there and filled the hole. It was a good race. Then on the restart I thought I might have something for them in the middle or top you could do that for three or four laps, and you’d get your tires hot.” 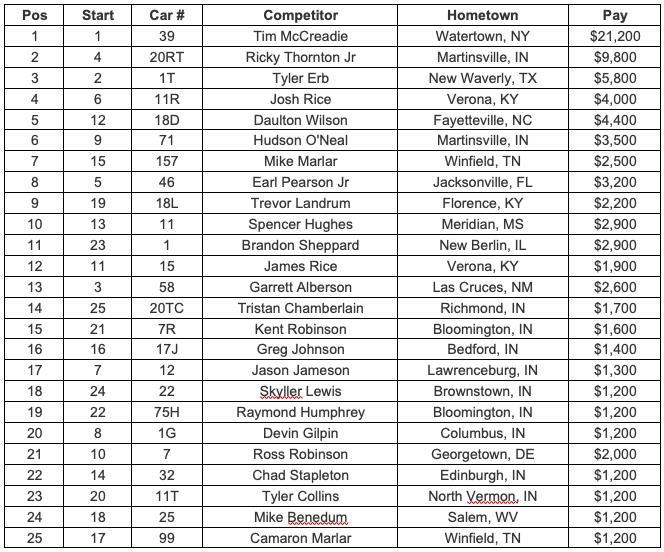