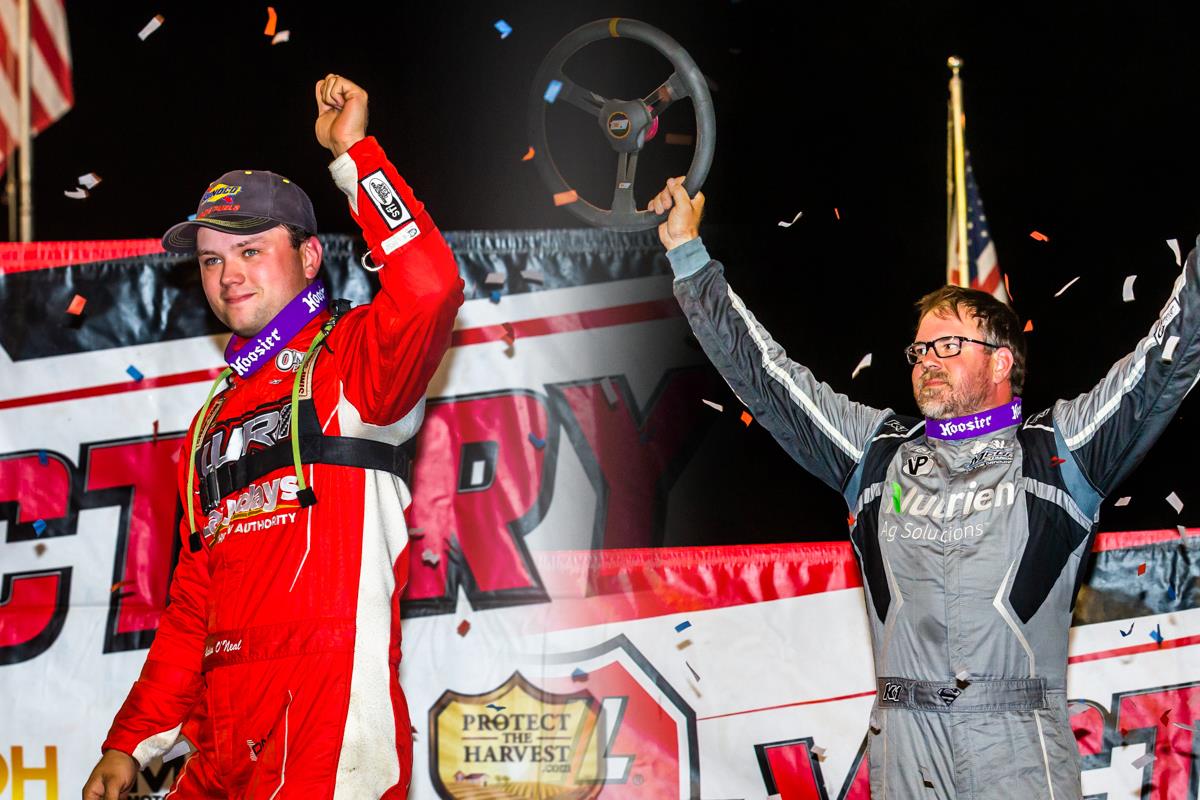 O’Neal held off a furious last-lap charge from Earl Pearson Jr. to win the first 25-lap main event of the night. Davenport came back to lead every lap in the second feature beating fellow Georgia racers Dale McDowell and Brandon Overton to the finish line.

Trailing O’Neal and Pearson across the finish line in the first feature of the night were Bobby Pierce, Zack Dohm, and Spencer Hughes.

O’Neal jumped to the point at the start of the first 25-lap race before the caution waved with just one lapped scored. On the restart, O’Neal led Marlar and Pearson for two more circuits until Pearson moved by Marlar for the second spot.

Dohm, who had started sixth, moved up to third on the eighth lap and then two laps after another caution had the runner-up spot behind O’Neal. The third and final caution of the race appeared on lap 17 when Marlar slowed with a left-rear flat tire.

A restart with five laps to go still saw O’Neal pacing the field with Pearson using the middle line on the racetrack, closing on the back of O’Neal’s car with just a few laps remaining. As the two headed down the back stretch on the final lap, Pearson made one final run on O’Neal heading into turn number four as O’Neal slid up in front Pearson coming off the corner. The two charged to the finish line with O’Neal able to hold off Pearson by half a car length which equated to 0.120 seconds the stripe.

In Lucas Oil Victory Lane for the fourth time in 2022, O’Neal felt he primed himself for the $75,000 first place prize being offered on Saturday night. “I knew he [Pearson] was there. I saw his nose a couple of times through the center of the corner. There about three or four laps to go before that caution came out, I just kept getting tighter and tighter. I just couldn’t steer around the bottom there at the end. So, we’ll have to work on that a little bit. But all-in-all, we had a great race car up until that point. I was just trying to use up the whole racetrack and it worked out.”

Pearson, who’s last series win was two years ago at Florence, nearly pulled one out at the end but fell just short of his 40th career win in Lucas Oil Late Model Dirt Series competition. “Congrats to Hud on the win. Our car was good there through the middle after that last restart. I thought I could roll him on the outside. He ran my line and I tried to crossover coming off four but came up short. I think for 100 laps tomorrow night we will have something for them.”

Pierce, who won the event in 2016, rounded out the podium in third. “Our car was good early, then we faded a little bit, and then we got going there late, but we just ran out of laps.”

The second 25-lap main event saw Davenport lead every circuit virtually unchallenged. A furious battle for second was taking place behind him between McDowell and Overton as those two drivers went back-and-forth for second in the closing laps.

Davenport took the checkers by 2.039 seconds ahead of McDowell. Ricky Weiss came home in fourth and Josh Rice rounded out the top five.

In Lucas Oil Victory Lane for the 62nd time in his career the 3-time series champion noted he had a good car through heavy lapped traffic which proved to be the difference in the waning laps. “We got through lapped traffic pretty good there, so that’s a good thing. That’s something we’ve really struggled with here lately,” said the 38-year-old racer. “We done a couple of things different that we don’t normally do, and it seemed to work out pretty good.”

Davenport, who last won the Sunoco North/South 100 Presented by Lucas Oil in 2015 narrowly escaped disaster on the front stretch after contact with Jason Jameson with five laps to go, but he held on for his fourth Lucas Oil Late Model Dirt Series win of the year.

McDowell, who will be seeking his first win in the crown jewel event on Saturday night, came home in second after the nip-and-tuck battle with Overton. “Last night we weren’t very good qualifying, but tonight it was much better. We started off much better qualifying and in our heat race tonight and that led to a good night,” said McDowell, who started sixth.

Overton, who started alongside Davenport on the front row, never was outside the top three the entire race as the defending Sunoco North/South 100 Presented by Lucas Oil winner will try to become the first driver since Don O’Neal in 2012 and 2013 to win the crown jewel event in back-to-back seasons. “We had a good car. We’ll make some tweaks on it for tomorrow night and see what we have for them.” 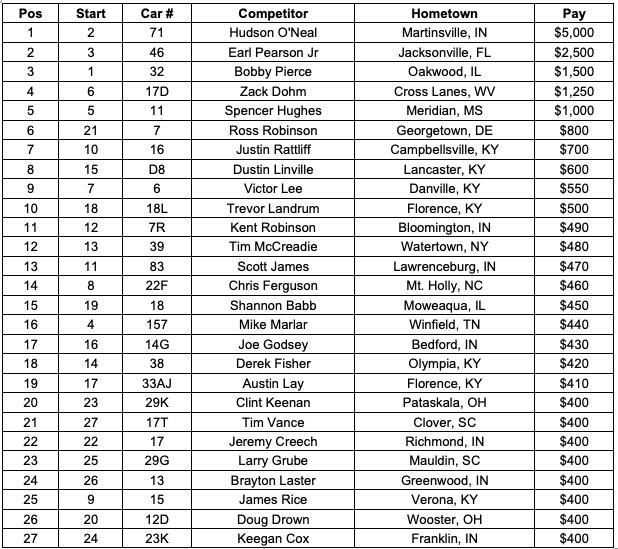 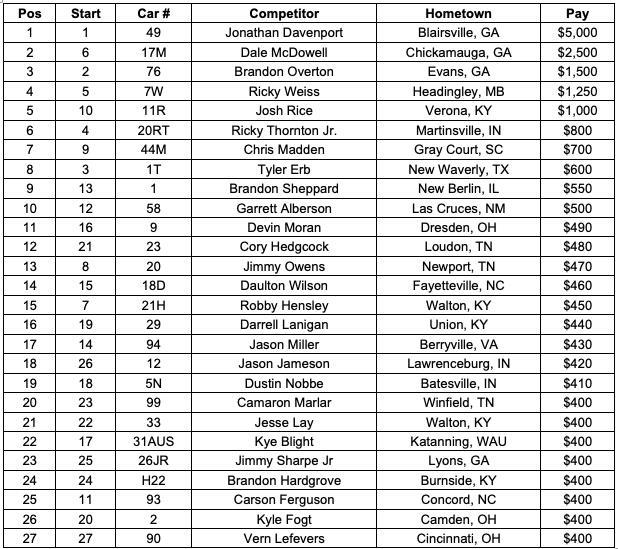