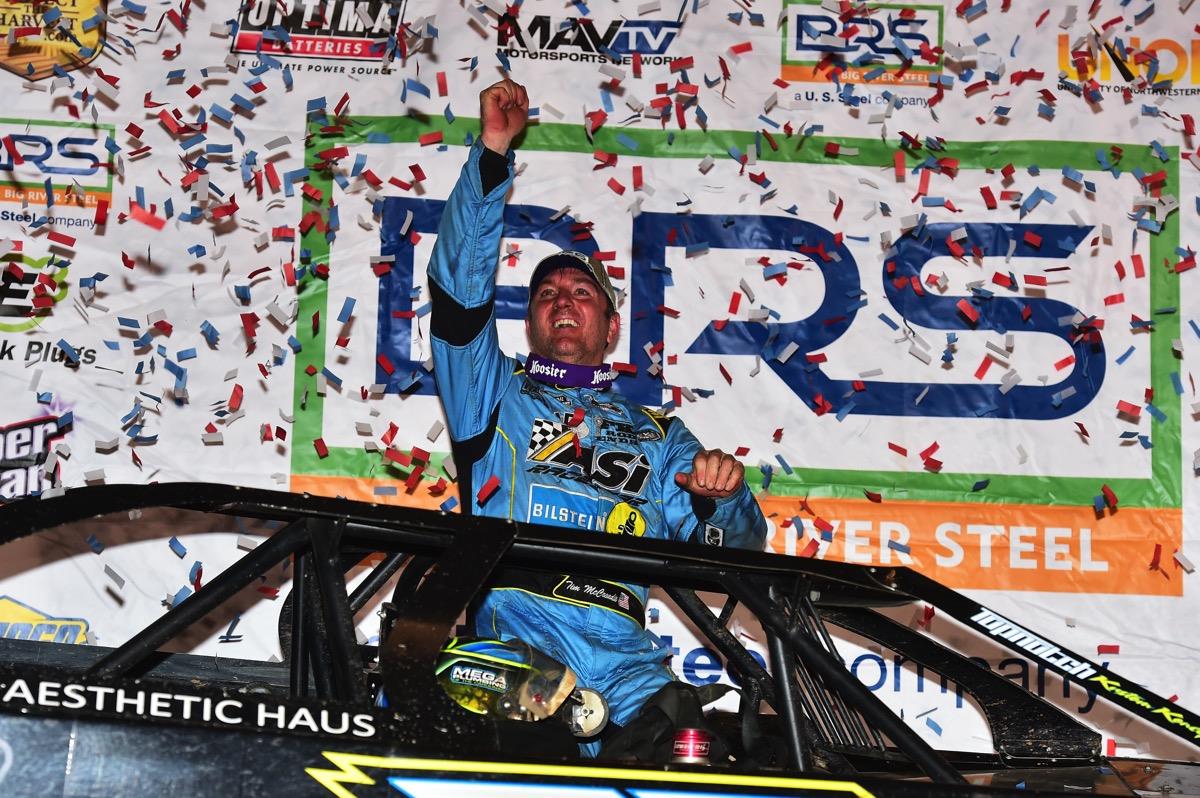 Even though the margin of victory was only 0.459 seconds in front of Brandon Overton at the finish line, McCreadie had total control over the event for most of the distance. McCreadie had a close call on the final lap with lapped traffic and that allowed Overton to close the gap in a hurry, which at one point was more than half a straightaway out in front.

Overton, the two-time and defending race winner was looking to tie Scott Bloomquist for the most wins in the event’s history by cutting more than 2 seconds off McCreadie’s lead but fell just short of stealing the win away.

Mike Marlar, who was looking to become the first driver in nine years to win all three nights at Lernerville for the Firecracker weekend came from his seventh starting position to finish in third after winning both Thursday and Friday night preliminary races.

McCreadie, whose lone win in the crown jewel event was in 2019 when he drove the K&L Rumley #6 to victory, jumped to the lead at the start of the 100-lap event with Sheppard taking the second spot. It was a close battle up front with Pearson making it a three-car race for the lead early on. Pearson moved past Sheppard for second on lap five and stayed there until Sheppard returned the favor on the 11th circuit.

With McCreadie seemingly in control of the race his lead was shrinking as he was maneuvering through heavy lapped traffic. Sheppard had cut his lead down to where he was just two car lengths behind McCreadie when the caution flew on lap 57.

On the restart Overton was the benefactor as he got by Sheppard on lap 61 to take the second position.

By lap 64 Marlar was around Sheppard to take third as the current points leader fell to fourth. McCreadie built what looked like an insurmountable lead as he was on cruise control. Heading to the white flag lap McCreadie had an issue in turn four with traffic that allowed Overton to make a run at him on the final lap but fell just short of the win.

In Lucas Oil Victory Lane for the third time this season not only did McCreadie pick up one of the biggest paydays of his career, but also took another slice out of Sheppard’s points lead in the battle for the $150,000 to win season championship. “Like I said earlier, racing this close to home for me all of these fans up here are people I used to see out at the band. I love this place this is a big win for my team. I want to thank Donald and Gena Bradsher for giving me this chance, Philip Snellen my crew chief, and all of my crew guys; they work their tails off every week to give me a great car to drive and it was pretty much flawless tonight.”

Overton, who finished second earned a $20,000 payday for the Wells Motorsports team, has finished on the podium each time in the three $50,000 to win events he has participated in with the series in 2022. “I probably needed a little cleaner racetrack. It took me forever to get around the lapped cars. Man, if I can’t win, I am glad that Timmy did. He’s a really great guy and I enjoy racing with him. It was another good night for us, and we will take it.”

Marlar was trying to do something that no one has done since Josh Richards in 2013 and that was sweep the weekend. Rounding out the podium in third Marlar earned a $10,000 paycheck. “We had a great weekend, there were nearly 60 cars here, it’s a huge race, lots of competition so to be on the podium all three nights and to win two of them I don’t think anybody would have not wanted those results.”

It was the first time the Firecracker 100 has been sanctioned by the Lucas Oil Late Model Dirt Series and it drew one of the largest crowds to ever witness a series event in its history. The 56 cars that participated all 3 days was the largest car count for the event since 2013. 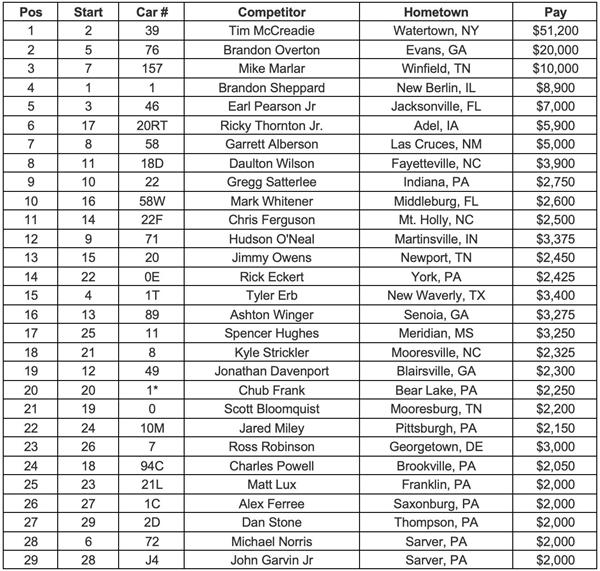