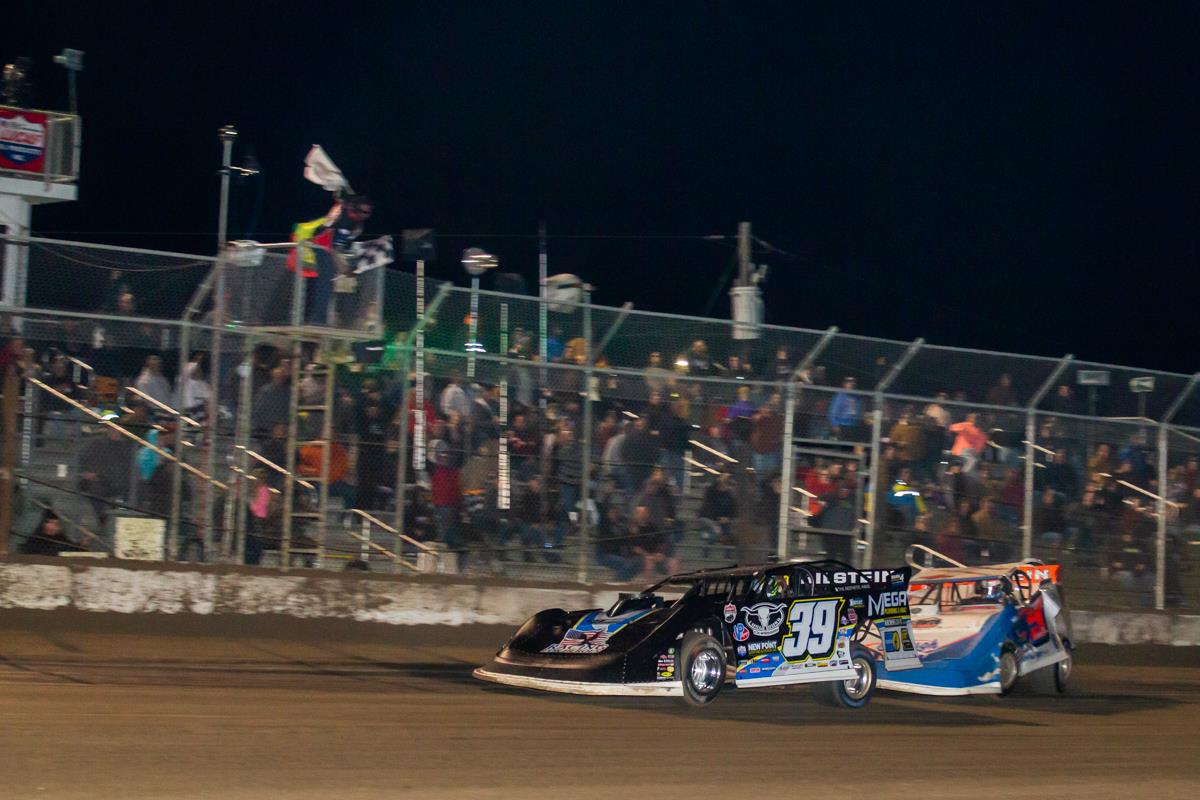 Ocala, FL (January 31, 2022) – In a wild finish on Monday Night at Bubba Raceway Park Tim McCreadie and Devin Moran brought the crowd to its feet as the two drivers got together heading to the checkered flag. McCreadie took the win by one car length despite a wounded right side of his #39 car.

It was the reigning Lucas Oil Late Model Dirt Series National Champion’s first win of the season and first career win at the Ocala, Florida facility in the opening night of racing at Bubba’s in the K&N Filters Winter Nationals Presented by Optima Batteries.

The fans were set up for a thrilling finish as Moran dove down low in turn one and passed McCreadie for the lead after they took the white flag. Moran held the lead into turn three around the D-shaped oval, but his car slid up the track in turn four and McCreadie came through the middle groove with a head of steam as the two made contact off turn four. McCreadie crossed the line just 2 tenths of a second in front of the current Lucas Oil Late Model Dirt Series points leader.

Brandon Sheppard, who started from the pole finished in third with Mark Whitener, and Ricky Thornton Jr. completing the top five drivers.

The race for the lead was mostly uneventful for McCreadie as the 47-year-old New York native pounded on the lead at the start of the race from his outside front row starting spot. Sheppard trailed McCreadie for the first six laps of the race as Moran moved from fourth to second around Sheppard on the seventh circuit. McCreadie held a healthy lead over Moran through a stretch of three cautions in five laps just past the midway part of the 40-lapper.

There was a terrific battle for third on back between several drivers who were hungry for a good finish. Sheppard had dropped back a few spots but picked up the pace in the closing laps to get by both Whitener and Thornton Jr to round out the podium.

In Lucas Oil Victory Lane for the 29th time in his career McCreadie wasn’t exactly sure what happened to Moran as they raced to the finish. “Coming out of four I didn’t know he stopped by the wall I was trying not to clip the infield there. When I looked up and he was there I lifted but I couldn’t slow down. It was just hard racing, that’s what they always tell me when it happens to me, but I don’t like racing like that. At the end of the race I was searching, I probably should have moved around (on the track), he (Moran) did a heck of a job moving around. Like I said I don’t know what happened in four, I thought he broke or something.”

Moran continued his solid start to the 2022 season with his third runner-up finish of the year. “I just gave away another race I feel like. I did what I could to get by Timmy. I knew they were telling him to move to the top, so I took advantage of it. He did what he had to do to win. We’ll just fix everything up; we have a really good Tye Twarog racing Longhorn. We will get the body straightened out and make sure nothing’s bent and hopefully Bubba can provide us a track like this again tomorrow night.”

“We took off pretty good there,” said Sheppard afterwards. “We were back to seventh or eighth there at one point, luckily we were able to get back up through there a little bit. Bubba had the track really good tonight. My team gave me a good car all night long. I just made one bad decision in picking my line on the restart and it put me out of contention at the end of the race.” 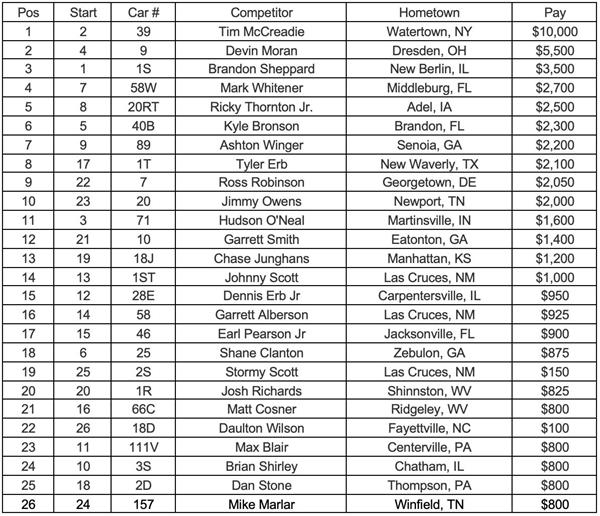 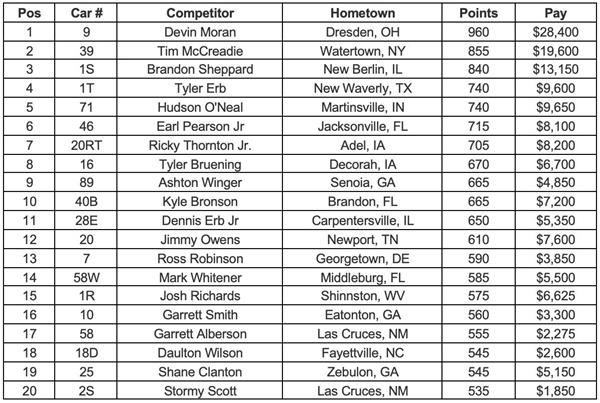