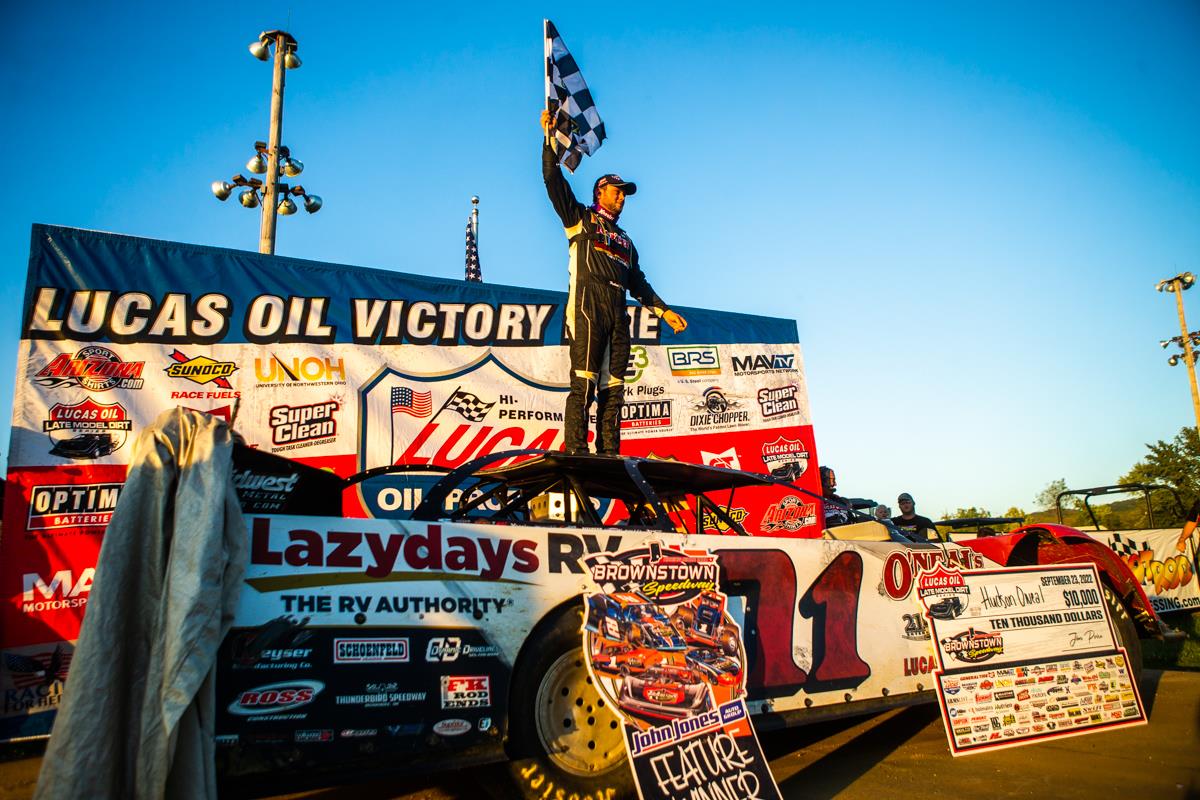 BROWNSTOWN, Ind. (September 24, 2022) – Hudson O’Neal raced to the lead at the start of the 40-lap Night Before the Jackson A-Main and never looked back. The $10,000-to-win race that was postponed from Friday after several hours of light rain at the Brownstown Speedway.

Josh Rice tried to track down O’Neal after a caution came out with five laps remaining but came up short as he settled for second. Daulton Wilson finished in third followed by Mike Marlar and Spencer Hughes.

Tim McCreadie ran second to O’Neal for the first nine laps of the race until Wilson took over the runner-up position. Wilson held the second spot until Rice, who started sixth, passed him on lap 28.

O’Neal, the winner of the track’s most prestigious race, the Jackson 100, in 2019, climbed from his car to the partisan cheers from the track his family has raced at for over 30 years. “It’s pretty cool to be back in Victory Lane here at Brownstown. I knew coming in we had a pretty good hot rod for today. I knew we had a good shot. I needed to get the lead and get out front because I didn’t know exactly what the track was going to go. It ended up holding some moisture. I know it was top dominant, but it raced pretty good considering we are under the sun. They did a good job with the racetrack. We will go back and get ready for that 20 grand here later tonight.”

Rice, who has felt right at home at Brownstown in recent years, came home 1.174 seconds behind the winner at the finish. “I got to him there, he would have had to mess up for me to get by him. He was so darned good. It’s cool to see him run so good here. It was such a thin line up there. He’s got it. I watched him qualify yesterday and told him you’re crazy for running up like he was.”

Wilson made a dive-bomb for the lead on O’Neal for the top spot after a restart before falling back to third at the finish. “We got stuck there around the top. I had to mix it up a little and went to the bottom on that one restart. We were either going to win or run third. I hope it was pretty show for the fans. We gambled a little bit on tires, and it worked out.” 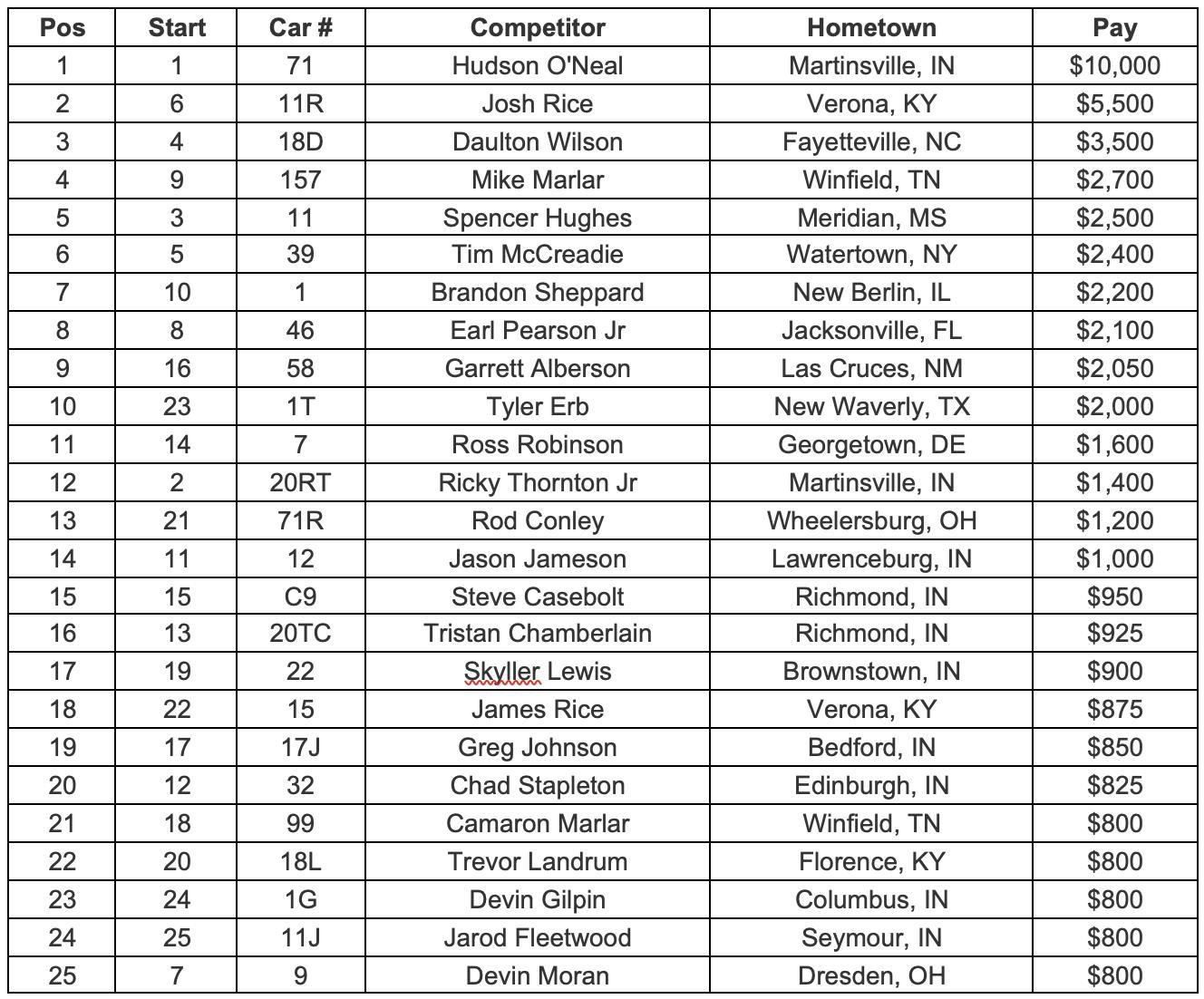