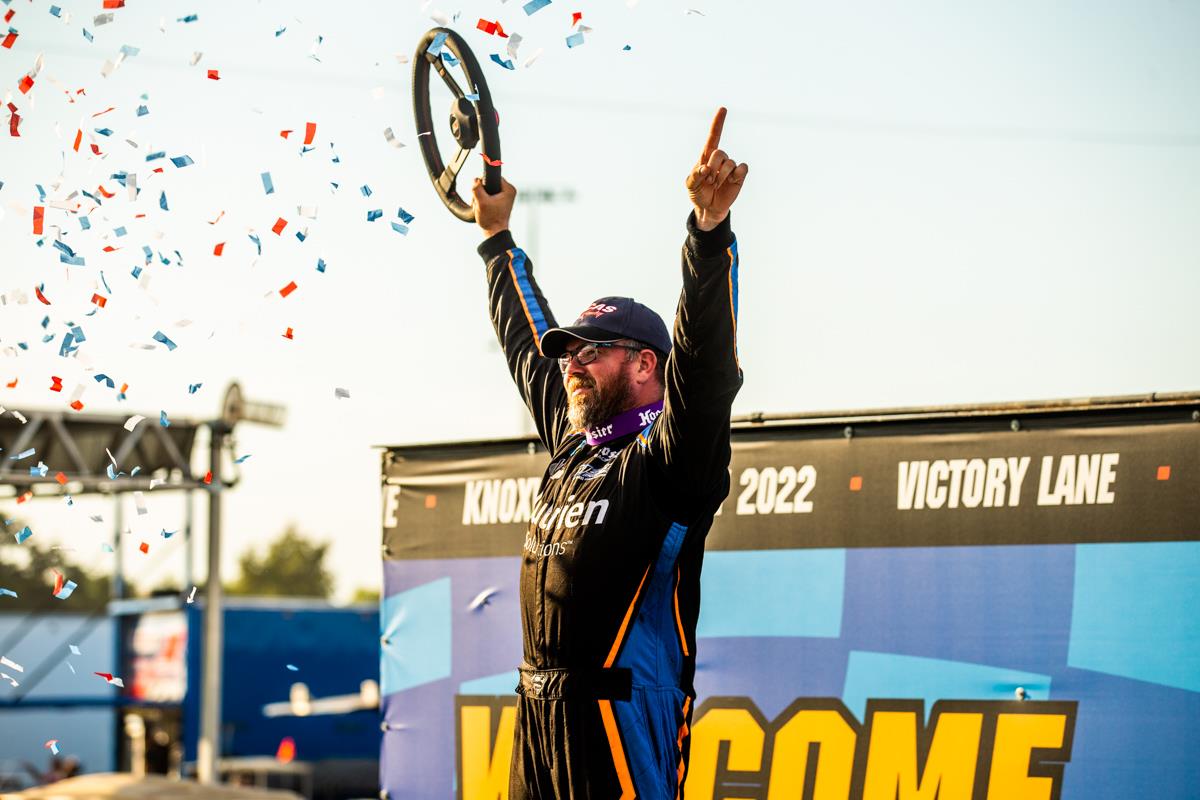 KNOXVILLE, IA (September 18, 2022) – Jonathan Davenport took the lead with two laps to go from Tyler Bruening and went on to win the 18th running of the Lucas Oil Late Model Knoxville Nationals on Sunday afternoon. The victory was Davenport’s first in the only Late Model event at the famed Knoxville Raceway.

Bruening, an Iowa native, led from lap 10 to lap 47 when Davenport dove under him to take the top spot, denying him his first career crown jewel victory in heart-breaking fashion. Bruening took home $25,000 for his second-place finish. Brandon Sheppard was third at the end as he now sits just 100-points behind in the championship chase as leader Tim McCreadie finished 25th after completing just 13 laps. Ricky Thornton Jr. was fourth in the final rundown and Earl Pearson Jr. completed the top five drivers.

Davenport took the lead early with Bobby Pierce rolling into the second spot. Pierce trailed Davenport for the first eight laps of the race until he took the lead on lap nine. With nine laps complete a caution for Justin Zeitner slowed the field. During the caution period Pierce headed to the hot pit with issues that ultimately ended his night.

On the restart, Bruening vaulted to the lead becoming the third different leader of the race in the first ten laps. It was a tightly contested race between Bruening, Pearson, and Davenport until a pair of cautions on laps 19 and 21 kept the field bunched up.

At the halfway mark it was still Bruening showing the way. With the last 29 laps going caution-free it appeared Bruening was within reach of the biggest win of his career.

As the laps wound down, Davenport had broken away from a battle with Pearson that had gone on for several laps between the two veteran drivers. Bruening had a little more than a two-second lead that started to slip away as Davenport to close the gap on the top side. Davenport was within striking distance with 47 laps complete and then heading into turn number one he dove underneath Bruening to take the lead a lap later.

Davenport, who won for the 21st time overall this season, said: “I wish I could have said that I was planning for that. I was just too tight there. I didn’t have the best race car by far. I made a mistake first in lapped traffic I thought I might get rolled on the outside and let Bobby around me so I chose the bottom and let Tyler [Bruening] around me. I was trying to race Earl [Pearson Jr.] as clean as I could there, but I knew I had to get by him. I got a big run on Tyler there one time getting into one. I could have blasted on him, but I knew this could be his first crown jewel, so I didn’t want to take it away from him like that.”

In his postrace interview, Bruening elaborated on coming so close to winning the biggest race for Late Models in his home state. “I needed two less laps I guess to hold him off. I don’t know. When you are out front for all those laps it’s pretty tough to move out of your line that’s worked the whole race. I didn’t know how close he was until it was too late there getting off of four. I didn’t know how high I could go if all the way up there would do it. It was fun to run up front. We just go beat by the best in the world right now.”

Sheppard, who started 11th, charged through the field to round out the podium. “It feels good to run well in this race. I have had a lot of good runs here, so I expected to run good to a certain extent. We had a good car there. Man, I wish it was more laps now because I think we were getting better there at the end. It was unfortunate for Timmy [McCreadie], but we all have bad luck sometimes, that’s part of the game. He still has a pretty good lead on us, so we still have alot of work to do.” 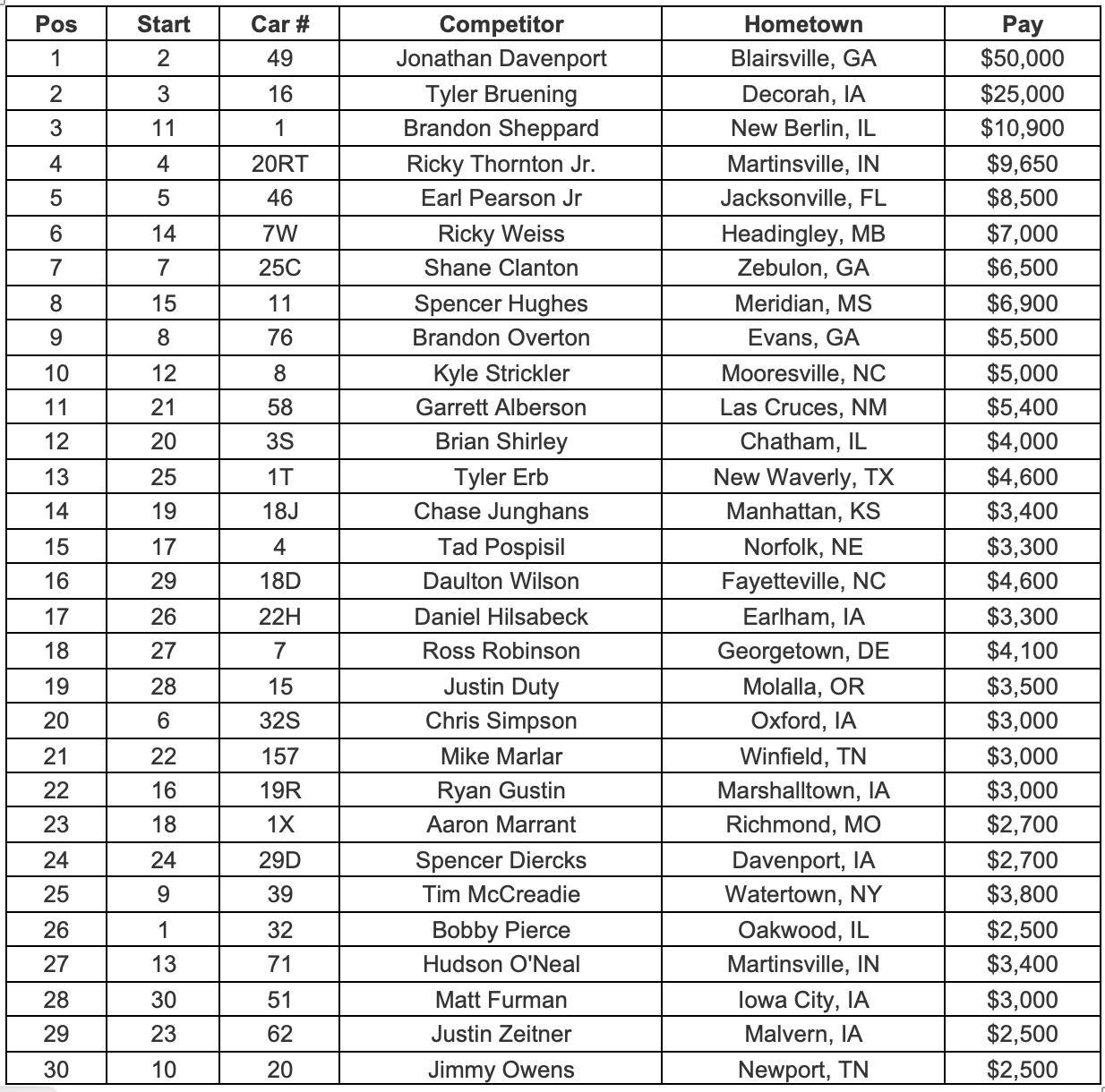