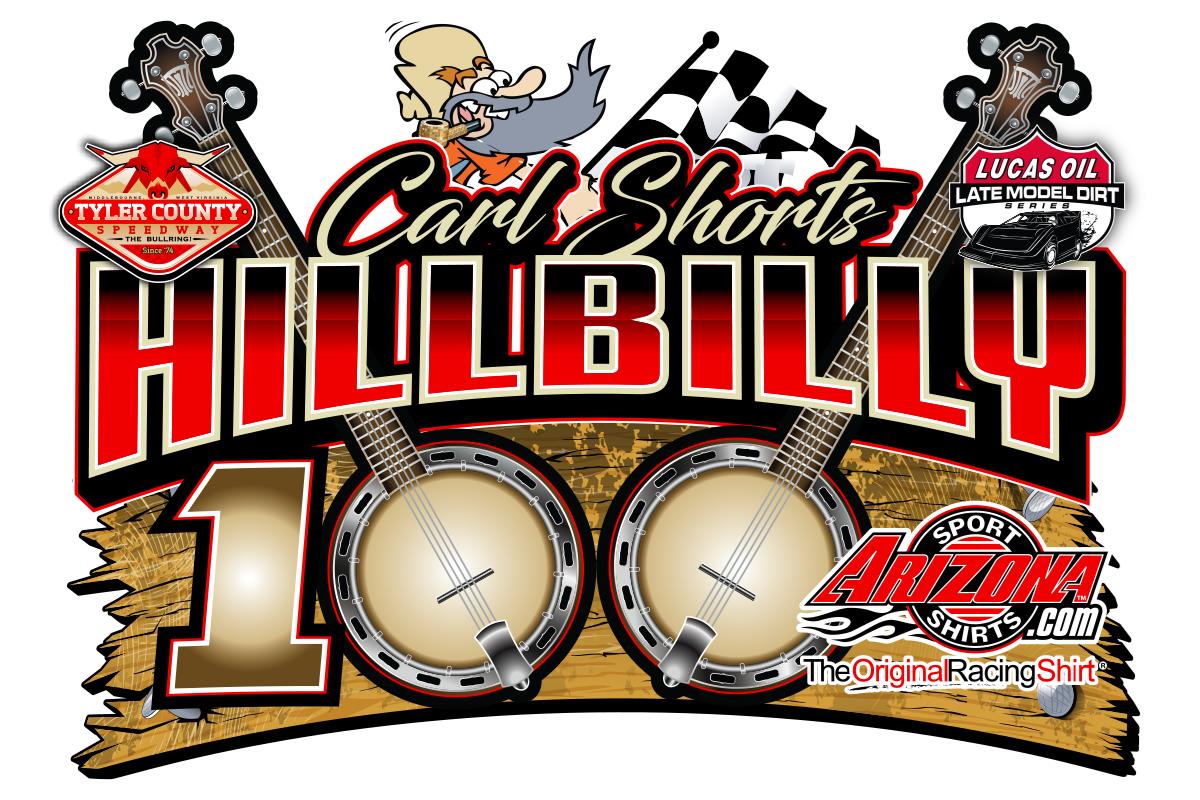 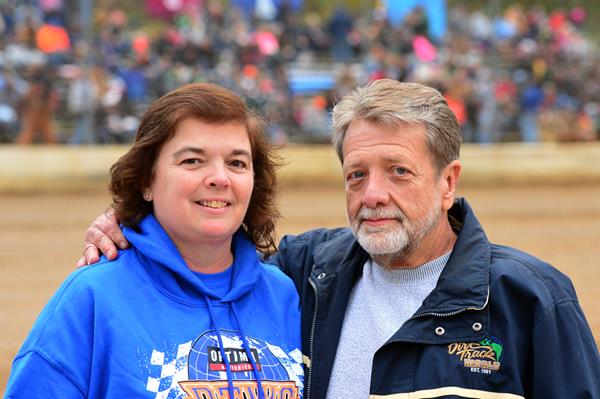 Some of the greatest legends of dirt late model racing have battled for the Hillbilly Hundred crown. Since its inception, 34 different drivers from 11 states have gone to Hillbilly Hundred Victory Lane. Ohio and Pennsylvania drivers lead the charge, with both states each having ten Hillbilly Hundred triumphs. West Virginia and Tennessee each have six, Kentucky has four, North Carolina has three, Arkansas and Georgia each have two, with Michigan, Florida, and Indiana checking in with one win each. 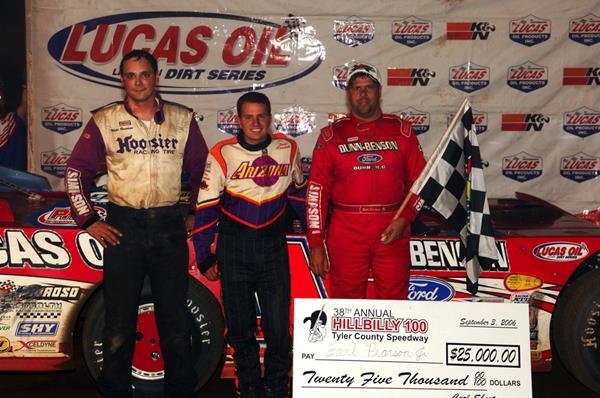 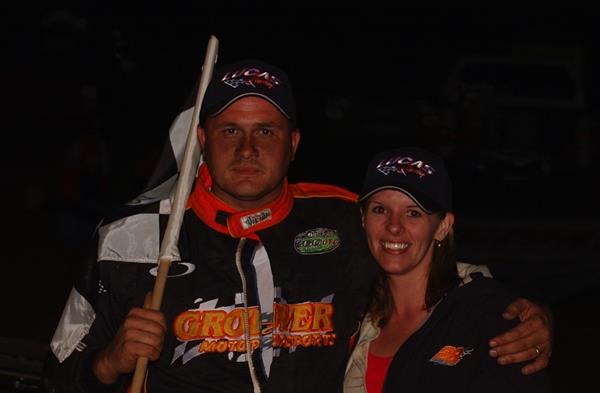 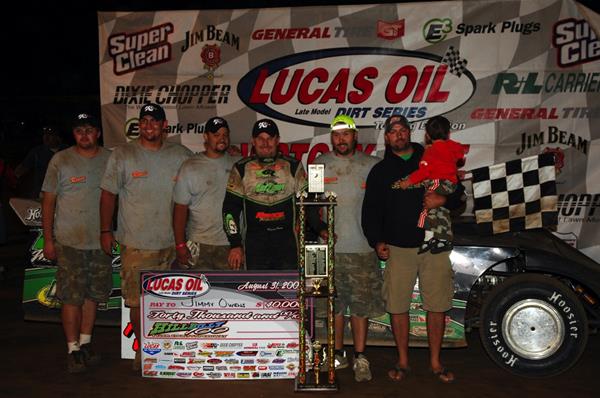 2008 | Owens Pockets $40,000 in 40th Anniversary Hillbilly Hundred
Making his first-ever appearance at Tyler County Speedway, Jimmy Owens of Newport, TN took the lead from Tim Dohm on lap 41 and led the rest of the way in route to the $40,000 payday. Earl Pearson Jr., Dohm, Rick Williams, and Darren Miller rounded out the Top-5 finishers. 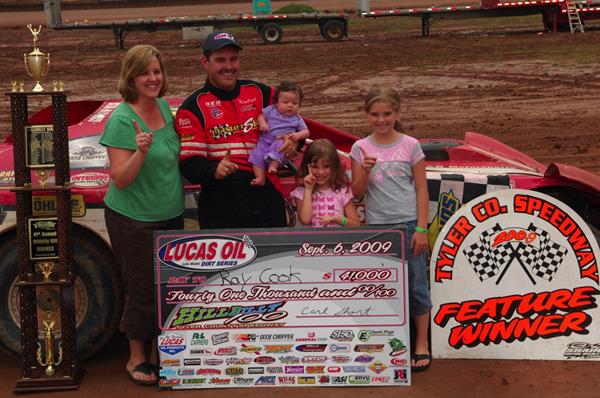 2009 | Ray Cook Claims Biggest Win at 41st Hillbilly Hundred
Ray Cook of Brasstown, N.C. scored the biggest win of his career in 2009 - claiming the $41,000 top prize in the 41st Hillbilly Hundred. The race was halted by rain on lap 39 and completed the next day. Cook held off a charging Earl Pearson Jr. for the win with Scott Bloomquist, Jimmy Owens, and Dale McDowell completing the Top-5. 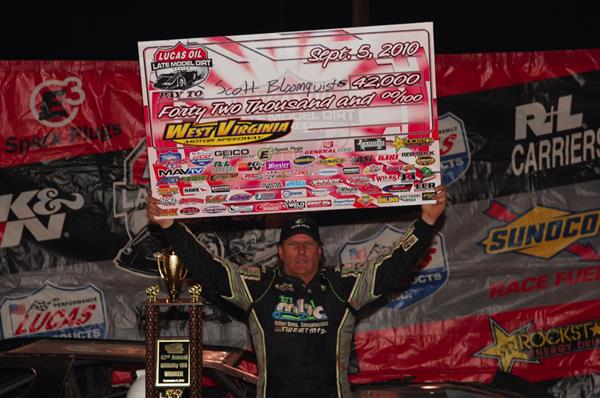 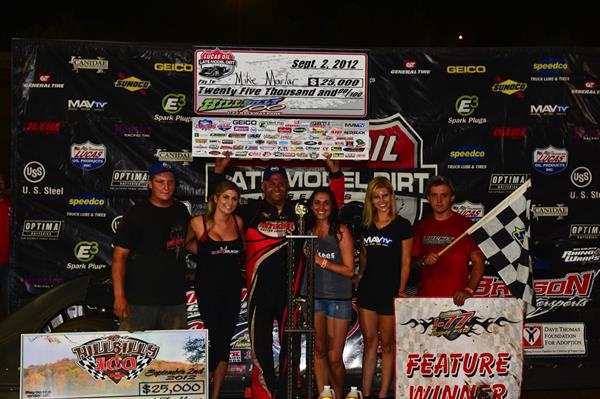 2012 | Mike Marlar From Last to Win Hillbilly Hundred at I-77
Mike Marlar of Winfield, TN stormed from his 24th starting position to win the 44th Annual Hillbilly Hundred at I-77 Raceway Park. Marlar took a Lucas Oil Late Model Dirt Series provisional starting spot before charging through the field to take the lead from Don O'Neal on lap 77. He went on to claim the $25,000 top prize. 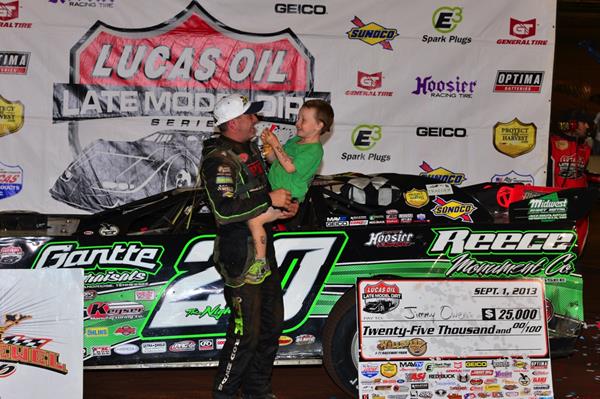 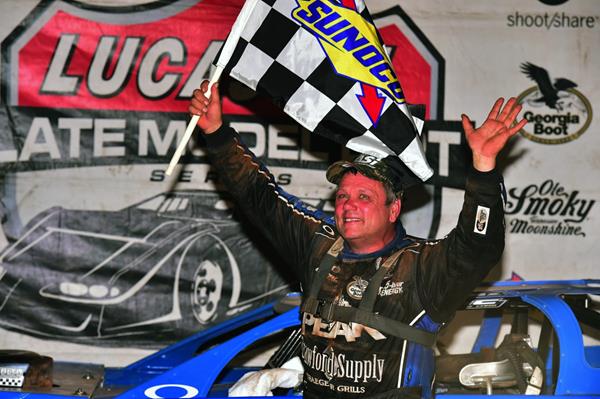 2014 | Don O'Neal Earns First Hillbilly Hundred Victory in Thrilling Fashion
Outside front-row starter Don O'Neal of Martinsville, Ind., regained the lead from Clint Bowyer Racing teammate Steve Francis on the 19th lap and led the rest of I-77 Raceway Park's Hillbilly 100. O'Neal beat Jimmy Owens to the line by less than a half-second for a $25,000 payday. 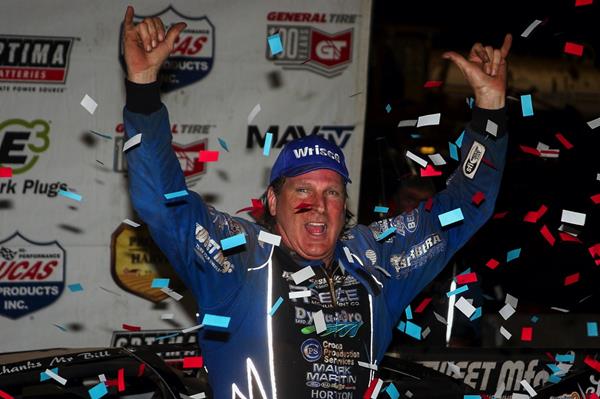 2015 | Bloomquist Returns to Hillbilly Hundred Victory Lane
Regaining the lead when Don O'Neal tagged the wall on the 79th lap, polesitter Scott Bloomquist, led the final 21 laps for $25,000 in the 47th running of the Hillbilly Hundred at I-77 Raceway Park. O’Neal came home in second, followed by Jonathan Davenport, Steve Francis, and Devin Moran. 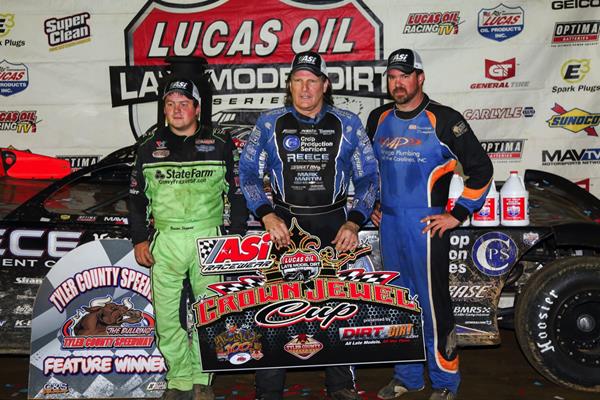 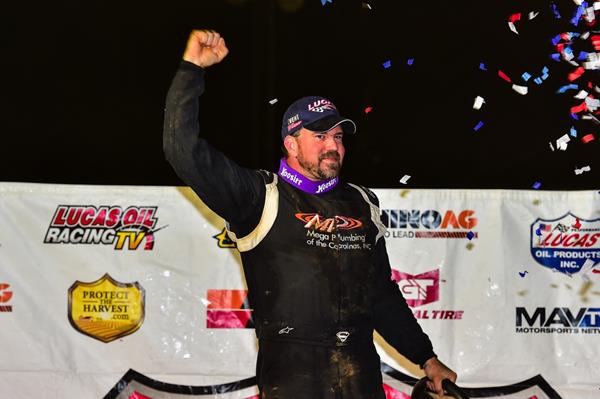 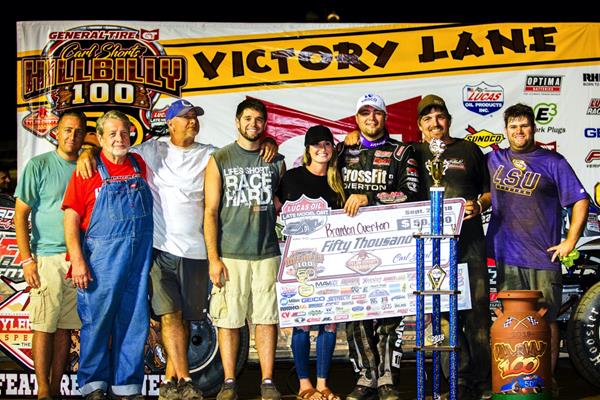 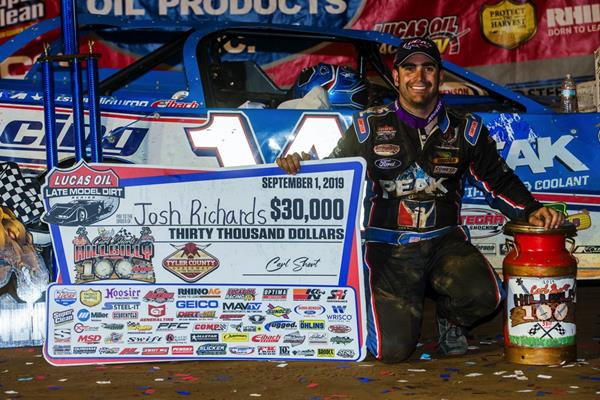 2020 | COVID-19 Pandemic Forces Hillbilly Hundred Cancellation
Due to the ongoing global pandemic, Carl Short and Tyler County Speedway officials made the difficult decision to cancel the 52nd running of the Hillbilly Hundred.

2021 | 53rd Hillbilly Hundred Nixed by Rain
Heavy overnight rain left the Tyler County Fairgrounds heavily saturated, making the pit area and other parts of the facility impassable - postponing the event to April 8, 2022. Ultimately, the event was rained out again and would not be rescheduled.

The 54th running of the Hillbilly Hundred comes to you this Saturday, September 4th at “America’s Baddest Bullring,” Tyler County Speedway.