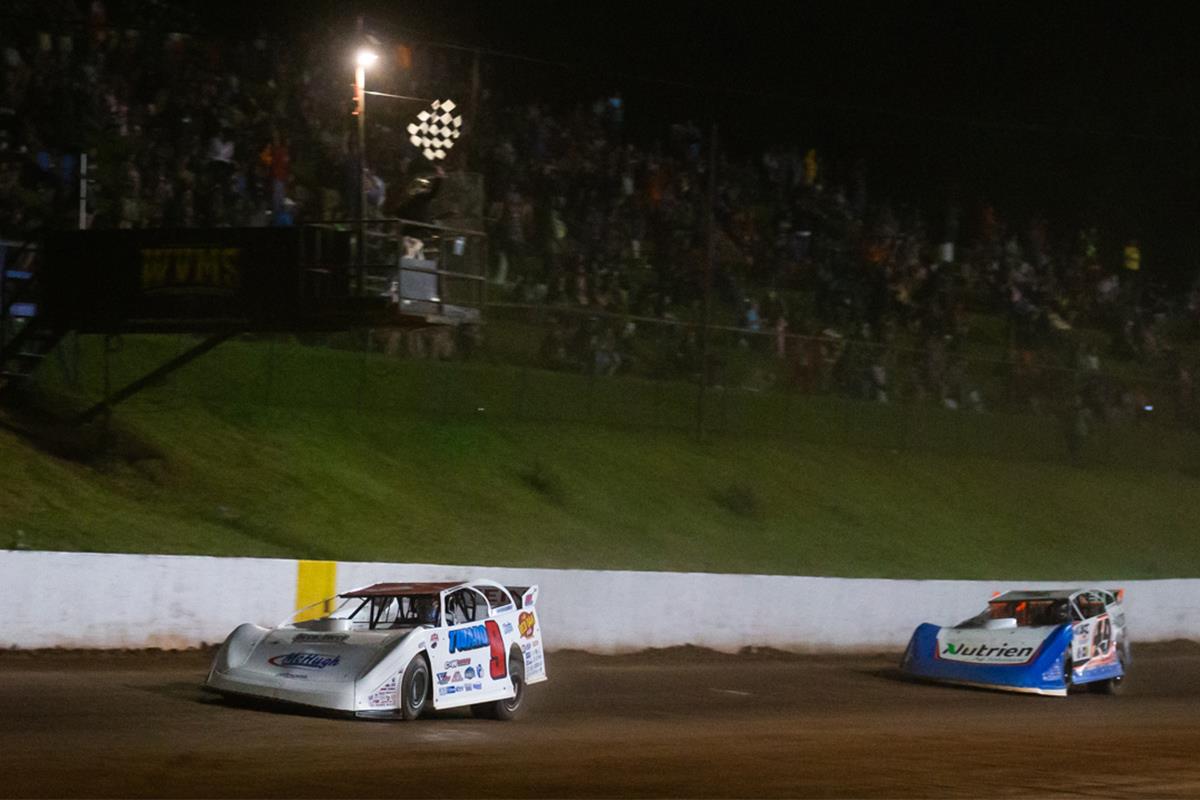 Mineral Wells, WV (June 3, 2022) – Devin Moran regained the lead from Jonathan Davenport on lap 24 to score the Lucas Oil Late Model Dirt Series win on Friday night at the West Virginia Motor Speedway; the first appearance by the series since 2013 at the 5/8-mile facility promoted by Cody Watson.

Moran bolted to the lead at the start of the race with Davenport in tow. Moran led until Davenport passed him on lap ten for the race lead. Davenport extended his lead and looked to be on his way to his fourth straight win at WVMS, but Moran caught the three-time Lucas Oil Late Model Dirt Series champion in heavy traffic passing him on the inside on lap 24.

In Lucas Oil Victory Lane for the fourth time this season and the sixth time in his career, Moran made the Lucas Oil Late Model Dirt Series return to WVMS a memorable one for the packed hillside. “Obviously, JD’s got his stuff rolling. His car is really good. I’ve got a lot of work to do to beat him tomorrow. Wylie (Moran) said before the race that lapped traffic was going to be important; I was hoping we would be leading at that point. He was trying to make a move around those guys and just messed up. I was able to slide underneath of him.”

The 27-year-old Ohio native’s key to victory was not to get too close to lapped traffic. “That was definitely the biggest key to us winning. I didn’t want to get too close to those lapped cars when they got bunched up, I didn’t want to do what he did. The track was a little tricky tonight, but it was really smooth. I am sure Cody (Watson) will have it awesome for tomorrow.”

Davenport, who entered the event looking for his first Lucas Oil Late Model Dirt Series win of the season came home with another second-place run. “It is sort of getting to be like Groundhog Day, every time we make the right move to get the lead then I lose it in lapped traffic. I was really trying to separate myself from lapped traffic. I was making some moves I really didn’t want to make there. It was really hard to get to the outside of a lapped car. Congratulations to Devin on the win and thanks to my guys for giving me another good hot-rod.”

Satterlee was in the thick of things at the end as he rounded out the podium in third. “It was a good night for us. A top three, we can’t complain about that. We learned a couple of things on the car tonight. We need to be a little bit more maneuverable in the feature. The lapped traffic was pretty tough to get by.”