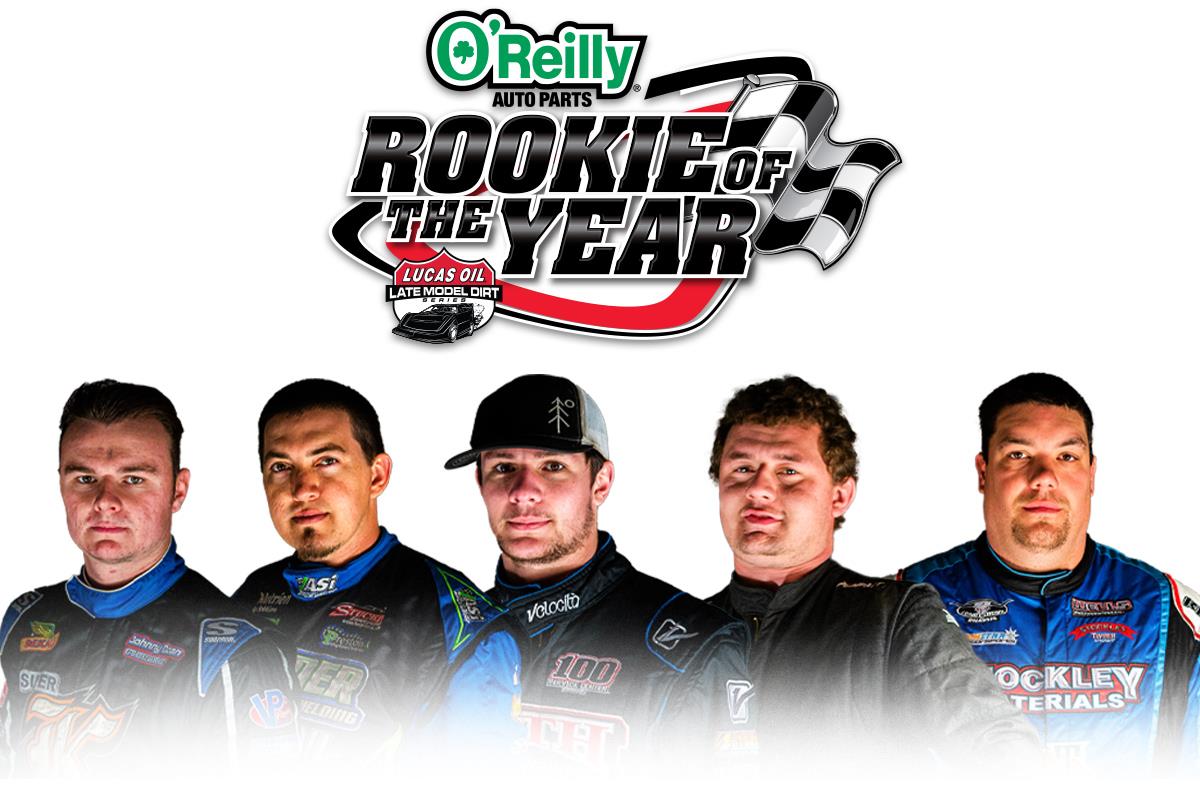 Ashton Winger began his racing career in 2009 and has quickly established himself as one of racing’s bright young stars. The youngest driver challenging for the O’Reilly Auto Parts Rookie of the Year in 2022; Winger has over 40 career Late Model victories, including major events like the Coors Light Fall Classic and the Billy Clanton Classic. Winger recalls his most memorable moment as winning the Scott Thompson Memorial at East Bay Raceway Park in 2018.

Winger has big goals in mind for the year. “I’m thankful for GR and Stacey Smith, and JC Clary for the opportunity. Rookie of the year would be nice but our goal the entire time has been a points championship.”

Daulton Wilson is looking to capitalize on his recent success this season. The 25-year-old has won prestigious races in the Southeast such as the Prelude to the Finals, Cash Money 100, and Carlton Lamm Memorial winner. Stepping into the JRR Motorsports entry this season, Wilson is looking forward to competing in the Lucas Oil Late Model Dirt Series in 2022 and achieving his lifelong goals.

“Racing at a national level has always been a lifelong dream of mine,” stated Daulton Wilson. “Thanks to James, Justin and the entire JRR Motorsports organization, that dream will come true this year. I look forward to the opportunity to represent everyone that has supported my racing career as I pursue the Lucas Oil Late Model Dirt Series Rookie of the Year title in 2022.”

Garrett Alberson brings nearly two decades of experience in his quest for the O’Reilly Auto Parts Rookie of the Year. Alberson has been a staple on the Lucas Oil MLRA tour in recent years, winning the midwest regional tour’s Rookie of the Year title in 2020 and finishing second in the series’ championship standings in 2021. Alberson served as Crew Chief for the four-time Lucas Oil Late Model Dirt Series National Champion, Earl Pearson Jr., in 2018 and 2019. He has over 50 career victories, including major events like the Thawl Brawl and Harvest 50.

“I’m so honored to be a part of this group of rookies taking on this challenge,” said Alberson. “This is for all the car owners and people that have put time and money into helping me pursue this level of racing, I hope I can make them proud. Big thanks to Ken Roberts for believing in me and giving me what it takes to go for it. I’m hoping we can race hard, fail gracefully, and learn what it takes to be competitive at the highest level in dirt late model racing.”

In 2022, Ross Robinson is celebrating his 25th year of racing by tackling the Lucas Oil Late Model Dirt Series. The Delaware ace began his career in 1997 at the age of seven. Ten years later, Ross made the move to super late models and has since garnered multiple track and regional series championships. Robinson and the Dutchstar Motorsports team now have their focus on achieving national success.

Robinson was quick to say, “Being able to join the Lucas Oil Late Model Dirt Series full time and make a run at the O’Reilly Auto Parts Rookie of the year is more than just a dream come true. It’s a thank you to every person who believed in me and my dream of being a full-time racer. Also, it’s a way to honor my father, who passed away in September, who wanted nothing more than to see me on a national level. This year is going to be a great experience and I can’t thank everyone enough for making all of this possible.”

Robinson drives the #7 Longhorn Chassis powered by a Clements Racing Engine. For more information about the Georgetown, DE native visit his website: www.rossrobinson7.com.

Spencer Hughes began his racing career in karts in 2008. After much success, he moved to street stocks in 2015 and has since accumulated over 80 career wins along with multiple track championships in street stock, open wheel modified, crate late model and super late model. Now piloting the Indiana-based, PCC Motorsports entry, Hughes aspires to be one of the top performers in our sport.

“I’m really excited to have the opportunity to compete in the 2022 Lucas Oil Late Model Dirt Series and for the O’Reilly Auto Parts Rookie of the Year,” said Spencer Hughes. “A huge thank you to O’Reilly’s for stepping up and being the title sponsor for the Rookie of the Year! As always, I would like to thank PCC Motorsports for giving me this opportunity to be able to compete at the highest level.”

The driver of the #11 from Meridian, MS has Longhorn Chassis’ that are powered by Clements Racing Engines and Cornett Racing Engines. For more information about Hughes, visit www.pccmotorsports.com.

In addition to the increased cash awards for the Rookie of the Year program, the Lucas Oil Late Model Dirt Series will pay a $100 cash award to the highest finishing rookie in each feature event from the time of declaration and will be paid out at every feature event throughout the season.

About O’Reilly Automotive, Inc.
O’Reilly Automotive, Inc. was founded in 1957 by the O’Reilly family and is one of the largest specialty retailers of automotive aftermarket parts, tools, supplies, equipment, and accessories in the United States, serving both the do-it-yourself and professional service provider markets. Visit the Company’s website at www.OReillyAuto.com for additional information about O’Reilly, including access to online shopping and current promotions, store locations, hours and services, employment opportunities and other programs. As of September 30, 2021, the Company operated 5,740 stores in 47 U.S. states and 22 stores in Mexico. To learn more about O’Reilly Auto Parts and find a store near you visit www.oreillyauto.com.