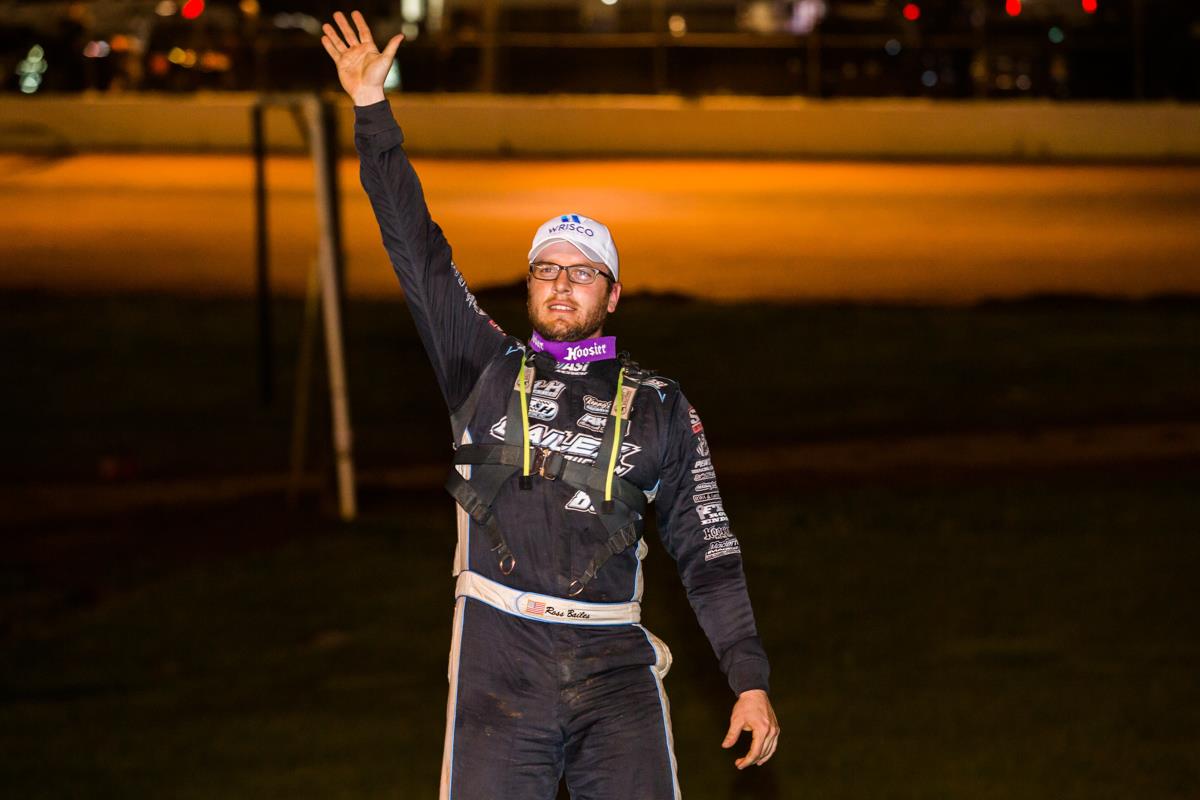 The 29-year-old, South Carolina native led all 50 laps of “Tennessee’s Action Track 50” en route to one of the biggest wins of his career.

Bailes took the lead at the start of the race, withstood several cautions, and managed to hold off a late race charge from three other drivers to become the sixth different winner of the 2019 season. Donald McIntosh took second over Jimmy Owens. Current Lucas Oil Late Model Dirt Series point leader, Jonathan Davenport finished in fourth followed by Dale McDowell.

“This seems unbelievable,” said Bailes. “We have tried for so long to win one of these and we just couldn’t get it done. To come to a new place like this and to get it done here is just unimaginable. I felt good on the bottom and then when I got to lapped traffic I was slowing down. I knew I needed to search around and do something different. My crew guys told me to move up and when I did the car felt really good up there.”

Bailes added: “This place is awesome. I think if we would have run another 50 laps it would have been even better. I was happy with it. There was grip on the bottom . I didn’t have to worry about the top for the first half of the race and then it got racy all over. This win is now at the top of my list for sure. Maybe we can get another one tomorrow night at North Georgia. I want to thank Barry and Lance Wright, Ronnie McCarter and all of my crew it was a great team win that’s for sure.”

McIntosh, also looking for his first career Lucas Oil win, settled for second at the line. “Our car was pretty good. I had it prepared to run the top. I was just biding my time out there. I thought I could get up to him [Bailes] and make a run for the win. I am blessed to be back at Blount Motorsports and maybe we can get that first Lucas Oil win tomorrow night at North Georgia.”

“I don’t think he [Bailes] knew the top was there. “We had a great race for second with Jimmy [Owens]. I think I showed him [Bailes] the top one time and he moved up there in traffic. Racing with these guys and from where we started that’s a pretty awesome run,” said McIntosh who started sixth.

Owens finished third after a late-race charge. “We have been pretty good in East Tennessee so far this year. We have had good race cars all year long. It feels good to finally finish a Lucas Oil race. Last year we had such terrible misfortune. This year seemed like it was going to start off the same way but we just aren’t going to let that happen. McIntosh had a good car, and he was up on the wheel. I felt like we could have gotten second, but we are just happy to finish on the podium.”