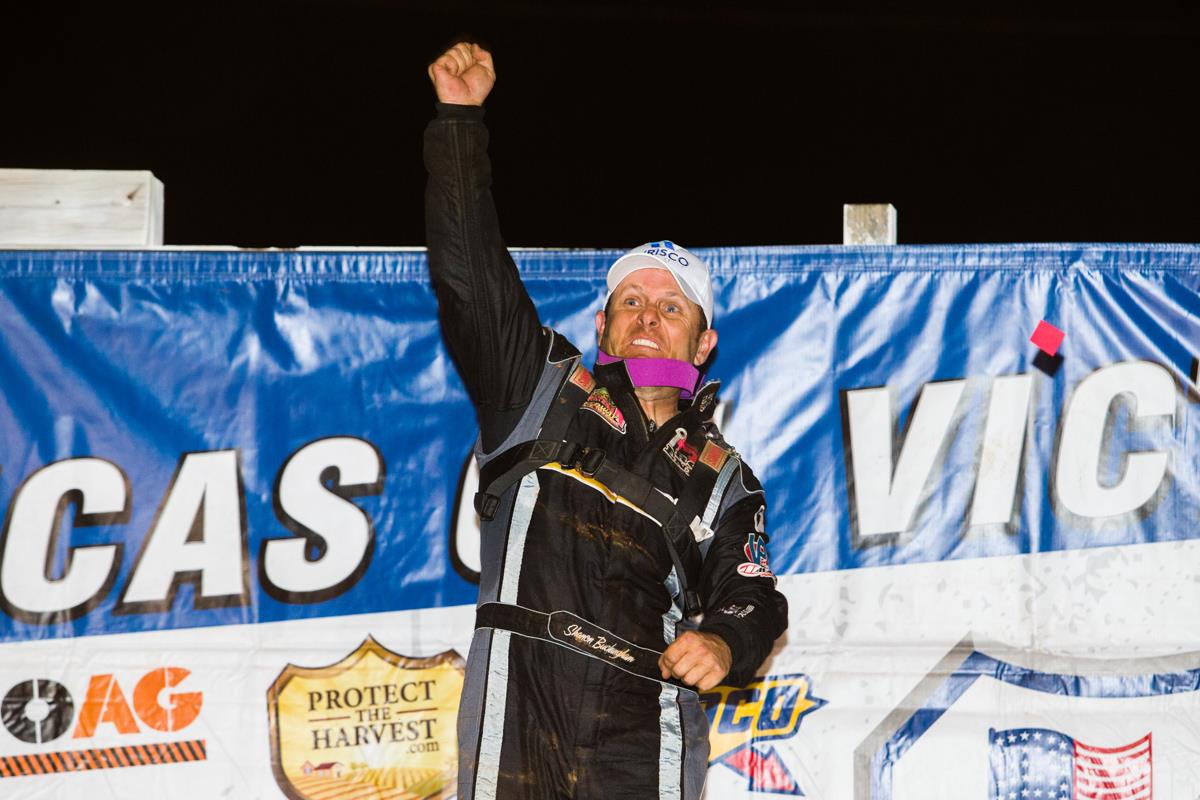 Buckingham held off first-time Tazewell visitor, Jared Hawkins for the victory to become the eleventh different winner this season on the tour. Earl Pearson Jr. finished in third place, with Hudson O’Neal and Jimmy Owens completing the top five.

Josh Richards and Jimmy Owens led the field to the start of the race before a huge crowd of fans. Richards took the lead on lap one ahead of Owens before the first caution of the race flew on lap eight for Moyer Jr., who had a flat tire. Jonathan Davenport subsequently suffered a drive-line failure, putting him out of the race.

Buckingham was emotional in Lucas Oil Victory after winning in front of his homestate. “We have worked so hard for this,” said Buckingham pausing for several seconds to recollect his thoughts. “When we set out to do the Lucas Oil Series this year, we had a goal of winning some races. To do it here at Tazewell, in front of all of these people is just fantastic. I want to say thank you to everybody who got us to victory lane tonight.”

“I want to thank my wife Amanda, my car owner Roger Sellers, my mom and dad, and especially J.C. Crockett, my crew chief. I don’t think we had the best car tonight. Tyler Erb had the best car. Sometimes things like flat tires are a part of racing and we took advantage of what happened to Tyler and Dale [McDowell]. We kept the car up front for the entire race and everything just fell our way tonight.”

Hawkins earned the hard-charger of the race, coming from 15th to finish second behind Buckingham and was pleased with the Tim Logan Racing entry. “I have heard a lot about this place. Trust me, I was on YouTube a lot this week to check it out. It was fun out there tonight. We just stayed out of trouble and came home in second. Congratulations to Shanon on the win.”

Pearson’s third-place finish moved him to second place in the championship standings. “We just stayed out of trouble tonight. There were guys wrecking in front us, some had flat tires as well, but we stayed up there and had a solid finish.”