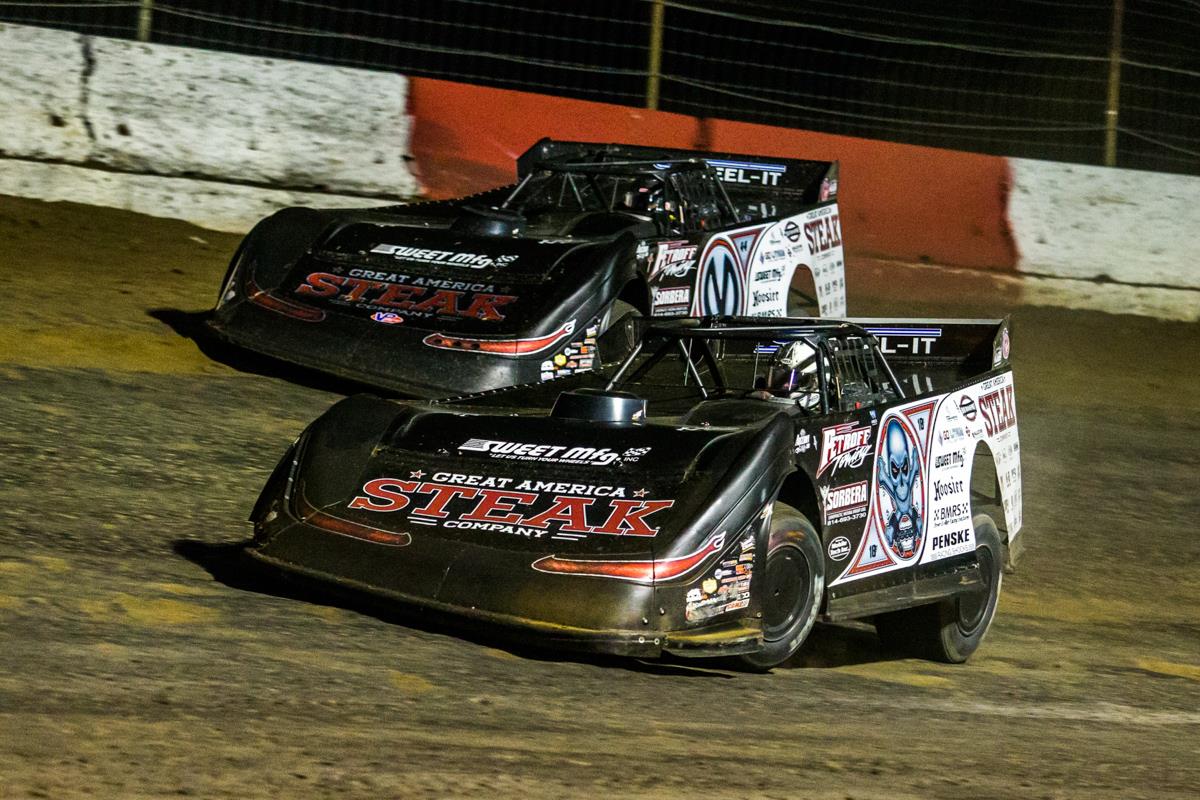 The 55-year-old Hall-of-Fame driver captured the 30-lap feature on the eve of the 27th Annual COMP Cams Topless 100 - Presented by Nutrien Ag Solutions on Friday night.

The 600th event in the series history saw a battle for the lead between Bloomquist and his Team Zero teammate Chris Madden go down to the finish as Bloomquist held off Madden. Madden entered the race with a three-race LOLMDS win streak. With their 1-2 finish on Friday night, Madden and Bloomquist will make up the front row for the $40,000-to-win crown jewel event on Saturday night.

Bloomquist; who missed over three months of racing earlier this season due to injuries suffered in a motorcycle accident back; won for his all-time series leading 94th time. Claim the victory over Madden, Jonathan Davenport, Shanon Buckingham, and Mike Marlar.

Bloomquist started on the pole alongside Madden and held the lead from the start, but he and Madden raced side-by-side for a several of laps after a lap 8 caution flag for Josh Richards’ flat tire. Bloomquist never relinquished his lead from then on. After a caution with nine laps to go, he sprinted to a healthy lead for the rest of the event.

Bloomquist is the only driver to win the Topless 100 five times and will be gunning for his sixth victory in the event. Madden; who has won two straight crown jewel events over the last two weeks; will be seeking his first Topless 100 win on Saturday Night. His best finish in the annual August race was a 4th place finish in 2013.

It was an emotional victory for Bloomquist who earned the 604th victory of his career, which began in 1980. “There was a whole lot that went through my mind after the accident happened,” said Bloomquist. “The doctors don’t want to tell you anything positive to give you false hope. They told me you better just focus on getting better and not racing anymore this year or anytime soon. Finally, they told me it would be 12 weeks to stay off of my leg and then they told me the bones were healed and I asked them, what can keep me from racing? They said they didn’t think I could handle the pain and I said, well then I am going to race.”

“The car got bent in June and we didn’t know it,” Bloomquist added. “We took it to get it jigged. We put a new clip on it this week. I said well hopefully I can give Chris some competition. We ran pretty good tonight and we are looking forward to tomorrow. I was struggling there for a while when I came back. I thought it was the car and now we have the car fixed. It was never a cake-walk out there,” said Bloomquist who has now won a race every year since the series inception.

Madden now has three wins and two runner-up finishes in the last five LOLMDS events. He joined Bloomquist on the podium for the second night in a row. “We had a good race car tonight. I was trying to set a healthy pace and not overwork myself. I thought I might have something at the end for him [Bloomquist], we went door-to-door for a while. We had a right-rear tire going down at the end and we were just trying to hang on for second.”

Davenport will also be seeking his first career Topless 100 on Saturday night. His best career finish in the event is a third-place finish in 2014. “We have to have a good showing here. Steve Martin with Nutrien Ag Solutions is here, and this is Lance Landers’ home-track. We got a little better than last night. We didn’t qualify as good tonight, then we ran second in our heat. We started eighth and passed some cars tonight. We slowed up a little bit at the end. We might have been too conservative with our tires tonight.”