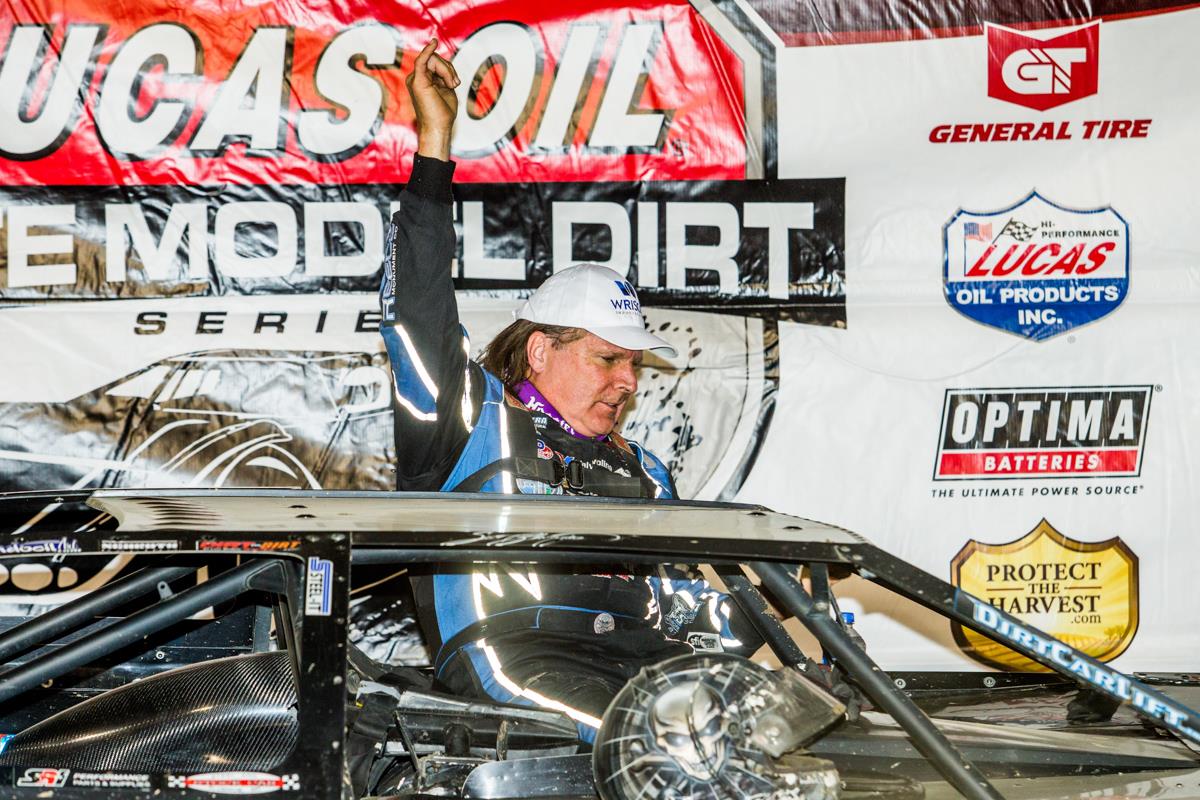 Bloomquist and Davenport Star at Mansfield

Bloomquist, a three-time Lucas Oil Late Model Dirt Series National Champion won the first 30-lap Duel of the night in the new format instituted for this year’s race. Davenport, the two-time and defending series champion held off a trio of drivers in a furious finish in the second 30-lap Duel. Both feature races went caution-free.

Bloomquist took the lead at the start of the first feature and sprinted away to easily pick up the win. The win marks his all-time leading 95th Lucas Oil Late Model Dirt Series career win.

Both Josh Richards and Brandon Sheppard tried to track down Bloomquist, but the boss of Team Zero went to Victory Lane for the first-time at Mansfield. With the win, Bloomquist cemented himself into Saturday’s 100-lap Dirt Million main event. Richards held off Sheppard to earn the runner-up spot with Michael Norris and Darrell Lanigan rounding out the top five.

Bloomquist was elated in Lucas Oil Victory Lane: “The car has felt great after we found out what was wrong with it. We put in on a jig last week and it was pretty far off. We had a pretty good car last week at Batesville. I hope it feels as good here Saturday night. We hot lapped fast tonight, we qualified a little off, and we changed a few things that we didn’t like. I want to dedicate this race to Chris [Madden]. I hate it that he got hurt earlier in the week. He should be back in a few weeks.”

“He [Bloomquist] was in a league of his own,” said the runner-up Richards. “There was one time we got caught up in lapped traffic that we were gaining on him just a little bit and that was only because of the lapped cars. We needed to be better. Me and Sheppard had a good race for second. We need to be a little better tomorrow night. This place has always been good to me."

The second duel feature saw Davenport take the lead from Mike Marlar on lap five and hold off a trio of drivers before he could go to Victory Lane for the eleventh time this season with the Lucas Oil Late Model Dirt Series.

Davenport got caught up in lapped traffic and that allowed Chase Junghans, Bobby Pierce, and Ricky Weiss all to close on him in the final ten laps of the race. Junghans passed Weiss for second with four laps to go as Pierce followed topside two laps from the finish.

As the four drivers came off of turn four Davenport had traffic on front of him, but he held off a furious charge from the other three competitors for the win.

Junghans came close to scoring his first career Lucas Oil victory with his runner-up finish after starting in sixth. “The only way we were going to win was if JD missed his marks. It was a hornet’s nest down there with those lapped cars. I felt good around the bottom in three and four. The track was great once it cleaned off. Hopefully we will get one spot better tomorrow night.” 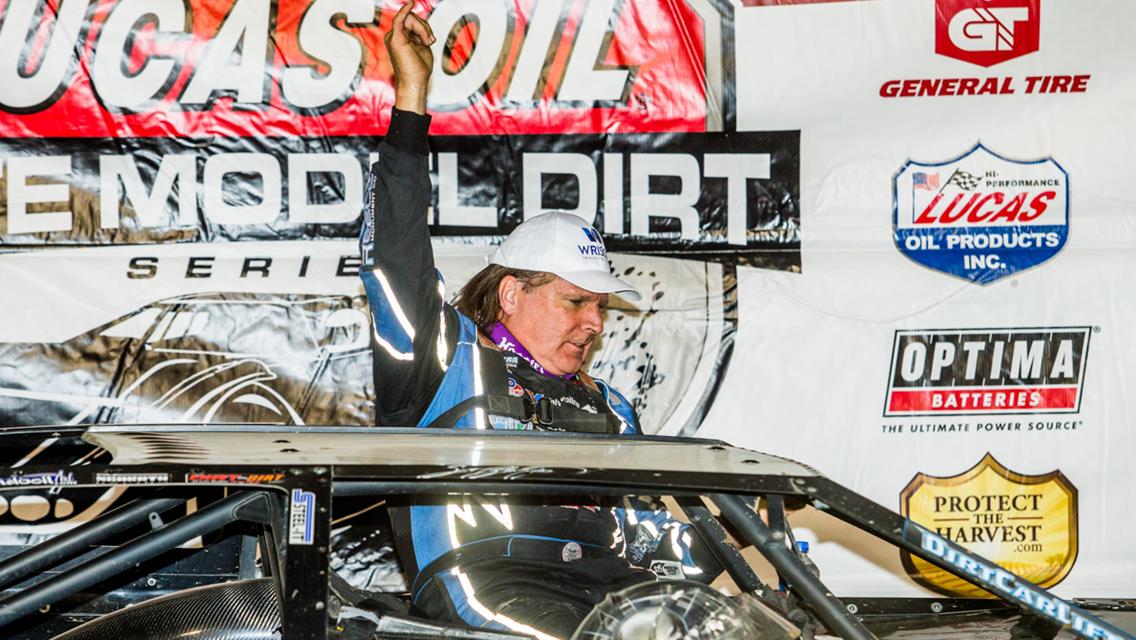 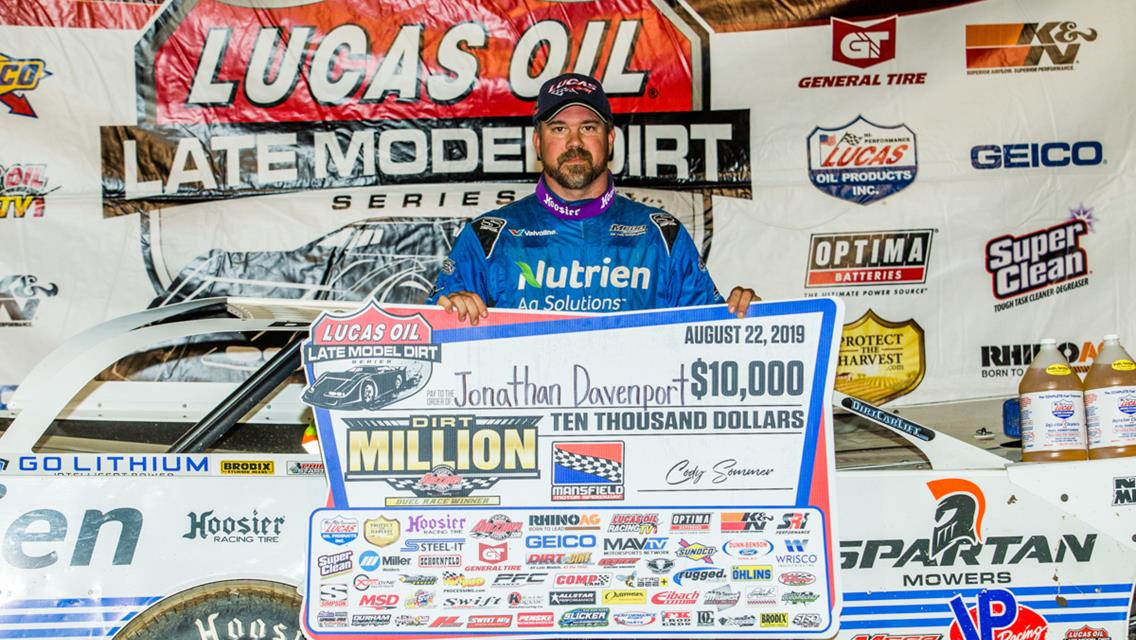