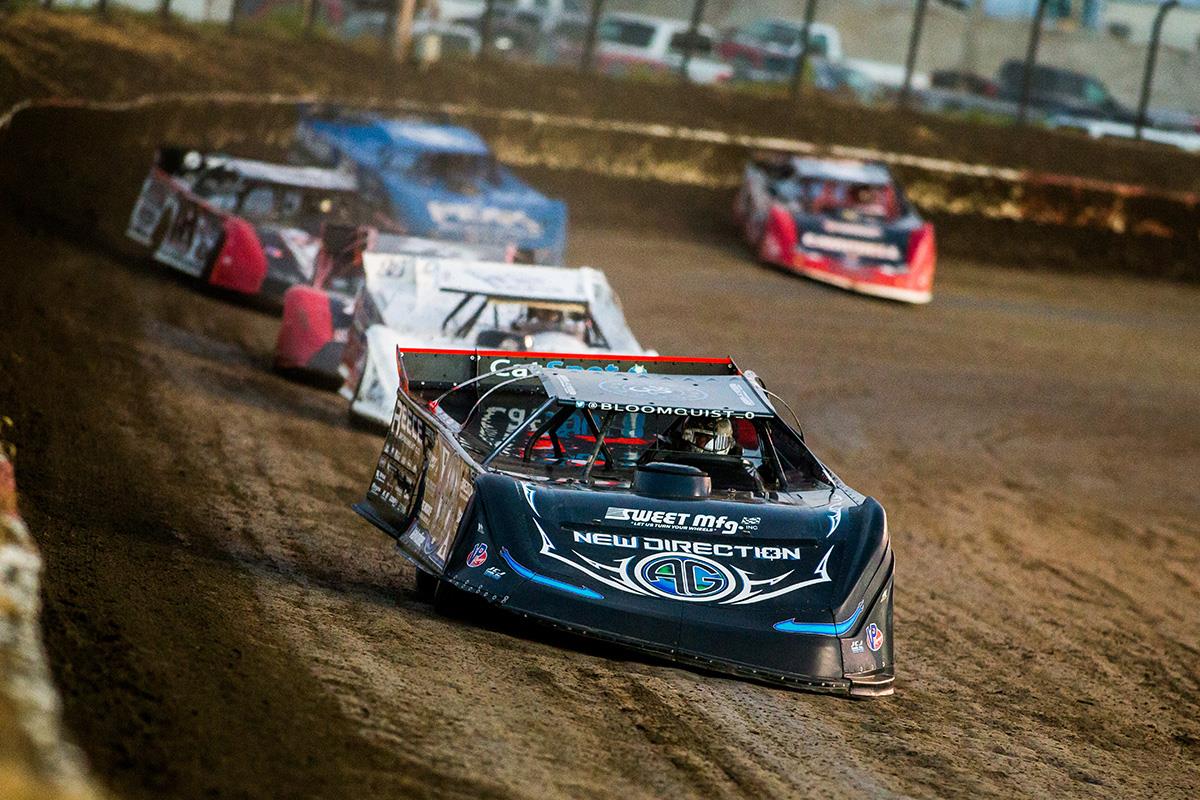 GREENWOOD, NEBR. (July 20, 2018) - Scott Bloomquist and Mason Zeigler will start on the front row of the Imperial Tile 8th Annual Silver Dollar Nationals on Saturday night at I-80 Speedway. The duo managed to accumulate the most points out of the 47 entrants to earn their coveted starting positions.

Ricky Weiss won the third heat of the night. Tyler Bruening was second, with J.C. Wyman, Scott Ward, and Kyle Berck rounding out the top five.

Gregg Satterlee bolted to the win in the final heat of round one. Jimmy Owens was a distant second, Jason O’Brien was third, Kent Robinson was fourth, and Chris Spieker was fifth.

Round number two of heats saw quite a lot of action with several drivers making their way up through the fields in their respective heat races.

Jared Landers started off round number two by winning the first heat race. Landers went unchallenged all the way for the victory. Shane Clanton ran second to Landers with Earl Pearson Jr. and Corey Zeitner finishing third and fourth respectfully. Chad Simpson made his way up to take the fifth position.

The second heat in round two went to Mason Zeigler. Scott Bloomquist charged from the ninth starting spot to finish in second with Tim McCreadie, Billy Moyer, and Chris Simpson all trailing behind to complete the top five.

The third heat would belong to Indiana native, Kent Robinson as he held off Brandon Sheppard for the win. Ricky Weiss charged from the back to finish third as Jonathan Davenport and Bobby Pierce claimed fourth and fifth.

Kyle Bronson took the win in the fourth heat with Chase Junghans and Hudson O’Neal going back and forth in the battle for second. Junghans prevailed over O’Neal. Gregg Satterlee and Justin Zeitner completed the top five.