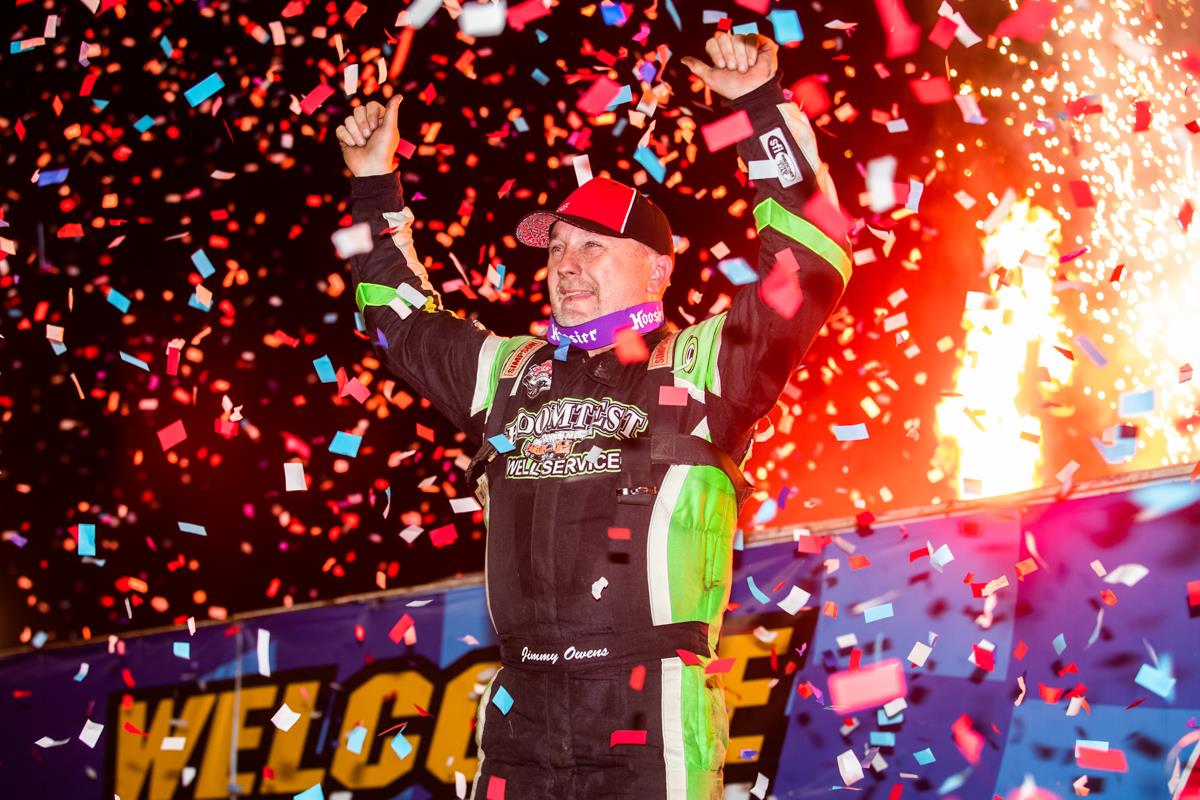 Gaining momentum from a lap 38 restart, Owens powered on lap 41. Owens stretched his lead to a full straightaway mid-race before encountering lapped traffic on lap 75, opening the door for Pierce. The duo crossed the line door-to-door on the 80th circuit before Pierce slipped over the berm and lost his momentum, relinquishing the spot to Owens.

Don O’Neal moved into second after a lap-82 restart, shuffling Pierce to third. The final caution waved on lap 88 when O’Neal and Pierce made contact while battling for second. Owens sailed away in the final laps to become the twelfth different winner of the annual event.

“This is awesome,” Owens said. “I have to thank Leon Ramirez and all of my friends and family for believing in me. Thanks to God for a safe race and to all of the fans. I hope Leon, and everyone was watching tonight cheering me on. They have had enough heartbreak like I have this year. It’s awesome to get this win and thanks to my crew for busting their tails.”

“When Bobby [Pierce] got up beside me it didn’t change how I was running,” Owens added. “We a good car. The lapped cars were running three and four wide and I knew those guys behind me were going to close in on me. I was expecting some sort of pass from someone. It was so hard to maneuver through traffic because the track was so good tonight.”

O’Neal was looking for his second-career Late Model Nationals victory. “The cushion was really treacherous especially at the end of the race. We would fall back a spot or two on the restarts. We have had a little bad luck and been off a few times, but we got things turned around here tonight and it helps the morale of the Peak Antifreeze team.”

Richards, who has earned four, second-place finishes in the event was happy with his podium finish. “I had a blast out there. We had some problems yesterday that got us behind. We could have gotten some more points last night, but thanks to everyone on the Best Performance team for working hard on the car. I think we were a little better than Don [O’Neal] at the end I just couldn’t quite squeeze by him. We had a fun race there.”