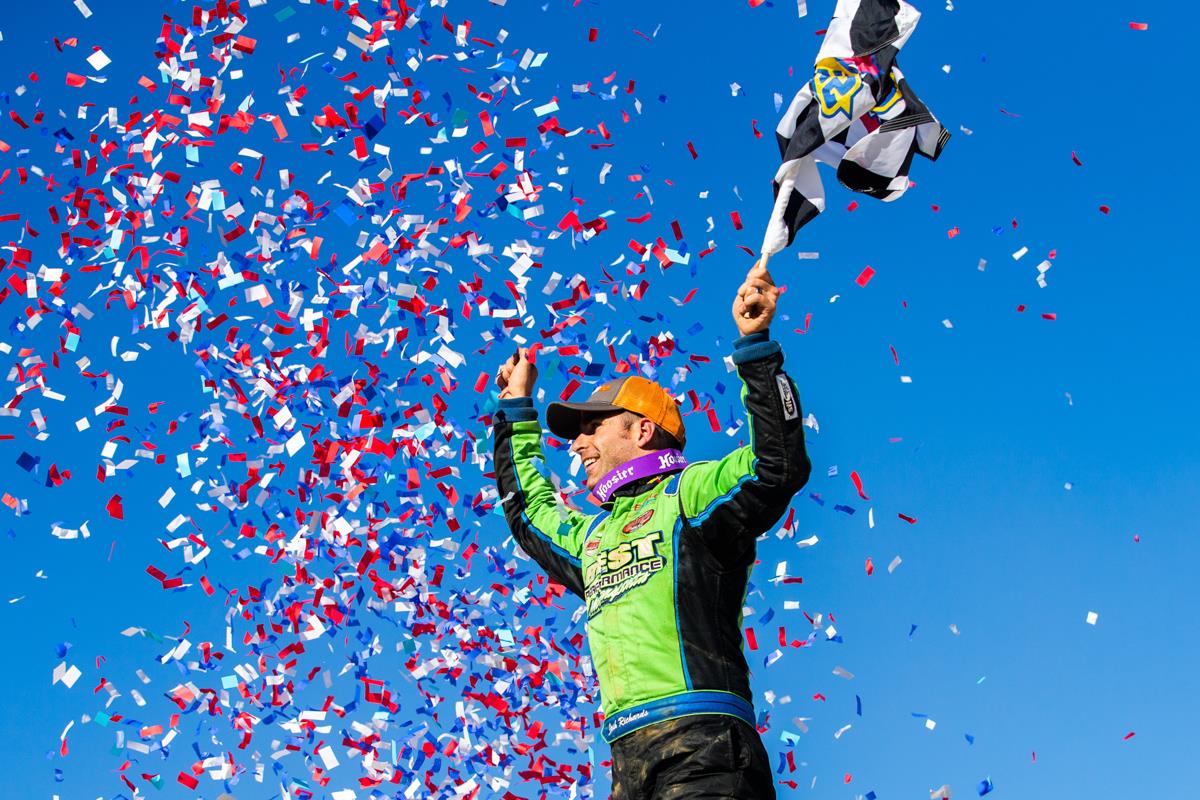 Richards took the lead on lap 22 from Brian Shirley and led the rest of the way to pick-up the $100,000 first-place prize and his third Lucas Oil Late Model Dirt Series win of the season.

Richards was elated in Lucas Oil Victory Lane, “It’s an emotional day. I want to thank everyone at Best Performance Motorsports, especially Eric and Kelly Brock for giving me this opportunity. I’d also like to give a huge thank you to Randall Edwards, this is the third straight year that he has been the DTWC winner’s crew chief. The same goes to Brad Ramsey, I’d like to thank him for working so hard all year long. I know there was a little rough stretch during the summer, but they kept working hard and kept their heads up. To win the first and the final race of the year I have to thank my dad [Mark Richards] and all my sponsors.”

“I knew it would be critical to get the lead early,” Richards added. “I knew I’d also spun my tires early on trying to get by Shirley. I wanted to get out front as early as I could because of the restarts. I didn’t know where Jonathan was. I wasn’t sure when to pick the throttle up. He [Davenport] gave me a lot of room. He and his team did a great job to win the championship. We did what we came here for, and we won the last race of the season. Thanks to Carl Short and everyone here at this facility for working so hard for this race.”

Davenport clinched the championship before the series’ final race at Portsmouth. He commented afterwards on his runner-up finish in the season finale. “I think the top three cars all ran different tire combinations. There were a couple of restarts where we got a run on Josh to challenge for the lead. I could have gone in there and door-slammed him, but I got a feeling we are going to be racing with each other for several years. All three of us had fast cars, but Josh was just more dominant today.”

Overton claimed third and was happy about his podium finish as well. “I felt like we were good at the end. I don’t know if we had anything for Josh, but we hung right in there with JD. By the time we got to third there wasn’t a whole lot of racing left, so all-in-all, another crown jewel race and another top five finish for the Billy Franklin team.”