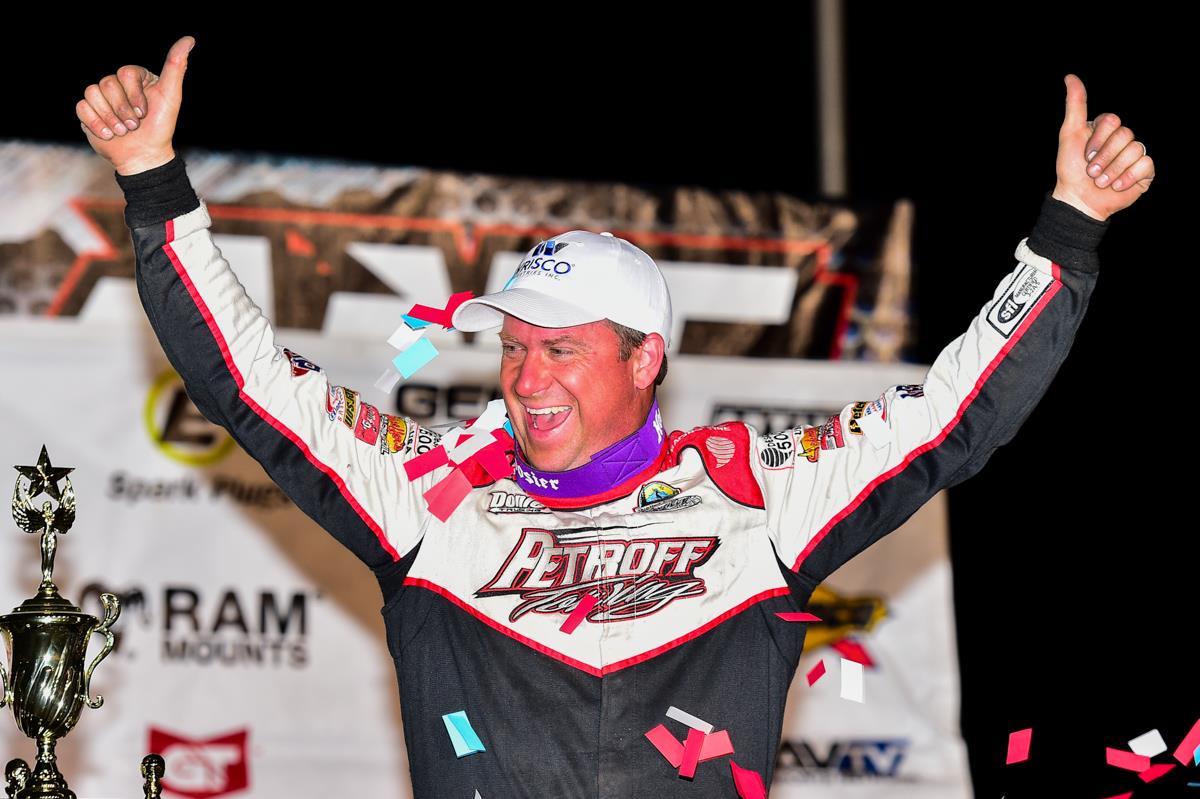 LUXEMBURG, WI (May 19, 2017) – Shannon Babb made a clean sweep of the racing action on Friday night in the Lucas Oil Late Model Dirt Series’ first-ever appearance at Luxemburg Speedway. With the win, Babb becomes the eleventh different winner this season in LOLMDS competition.

Babb held off a race-long challenge from Josh Richards to take the victory in the second round of the “Spring Shootout.”. Darrell Lanigan came home in third, with Gregg Satterlee and Tim McCreadie rounding out the top five.

“I just want to thank all the fans for coming out tonight. It was quite cold to be out here. Thanks to the track crew for getting this track raceable. I wasn’t so sure they could do it late today, but they scraped off the top and it was smooth,” said the 43-year-old racer in his Clements-powered Rocket Chassis.

“This is the first time a lot of us have been here. I knew Josh would be tough to beat tonight. We picked the right tire for the feature and I really like this no cutting and siping of the right rear tire. It makes for some competitive racing. This Rocket car has been fast from the get-go this year. We haven’t run as much as a lot of the other guys. We had a great run at Batesville last month and then won last week at Farmer City.”

“Thanks to Mark Richards Racing for their help. The set-ups we have gone with for this race car have all been good. I want to thank Ed Petroff of Petroff Towing, Donley Trucking, Kuebler Oil, CJI Piping, Hunting for Hope, and Hoosier Tires for their assistance,” said Babb.

While Babb was out front for the entire 50-lap distance, it was not an easy win as Richards pressured him several times for the lead. Near the end while Babb was trying to lap a car, he got sideways and that gave Richards a shot on the outside to pass him, but Babb beat Richards into turn one and held on the rest of the way for the victory.

Richards was happy with his runner-up finish after a disappointing night at LaSalle. “We will certainly take this finish after last night. Congratulations to Shannon on the win. I am not very good on these circle type tracks. I have a cramp in my right arm from continuously turning the wheel,” said Richards who entered the race third in points.

“We might have got him a few times if not for the lapped traffic, but he [Babb] did what he needed to do and got down on the bottom quicker. Thanks to the track crew for getting this track ready. I have never seen a track go from being so wet to so dry that quickly. It was good run tonight, definitely better than last night’s letdown,” said the driver of the Best Performance Motorsports, Valvoline, Rocket Chassis.

Lanigan had another solid finish in the Clint Bowyer Motorsports, iRacing.com, Club 29 entry as the veteran driver came home in third. “We had a good car tonight. We gambled a little bit on tires. We went a little softer than some. I don’t know it might have bit us a little bit. But a podium finish in our first time here is really good.”