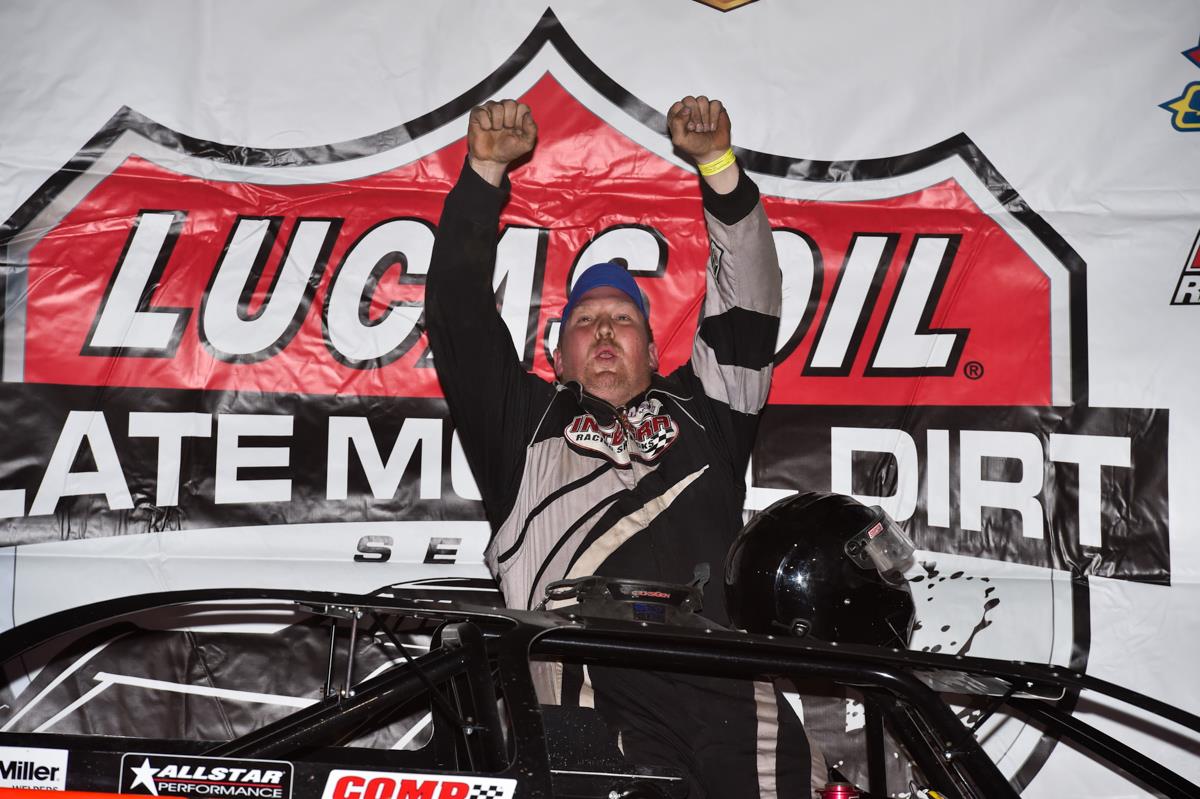 Chris Simpson drove his Cheap Cars/Longhorn Chassis to a second place finish, followed by Jared Landers in the Crop Production Services/Sweet-Bloomquist. Tim McCreadie wheeled the Sweeteners Plus/Longhorn into fourth, and last year’s LOLMDS Rookie of the Year; Brandon Sheppard; in the Best Performance Motorsports/Rocket was fifth.

“I don’t know if we will make it to LaSalle tomorrow night. We may party too hard,” said the 34-year-old Wisconsin native. “We did what we had to do tonight. We qualified well, won our heat, and started up front in the feature. It was great to see this crowd again for the second year in a row. Everyone needs to write in and keep this place open!”

Diemel started alongside pole-sitter Tim McCreadie as he jumped to the lead at the onset of the race. Diemel’s early race dominance was evident when he lapped the hottest driver on the LOLMDS tour, Scott Bloomquist, 18 laps into the race.

Simpson was gaining on Diemel as the leader was running in heavy traffic. The only caution of the race appeared on lap 34 for Brian Shirley, who had a flat tire. On the restart, Diemel again stayed ahead of Simpson and Landers as he went on to the win.

“I would like to thank Jimmy and Chris Mars and everyone for this MB Customs. My biggest win before tonight was $9,200 for winning the John Seitz Memorial in Grand Forks, North Dakota. We will try to go back-to-back tomorrow night at LaSalle.”

Simpson commented, “I sure didn’t need that yellow. On the restart he [Diemel] took off and Jared was all over me. He tried several times to get by me. It’s all good. We have had a really good car lately, so this is something to build on. We are really pleased with this Longhorn Chassis. To finish second against these guys is awesome.”

Landers recorded another podium finish this year by taking third. “We have had some bad luck in the last few races. We broke two J-bars last weekend. Jason [Durham] and the crew have worked their tails off this week and it paid off tonight.”

In preliminary action, Tim McCreadie set the overall Miller Welders Fast Time (Group A) amongst the 38 entrants, with a lap of 15.942 seconds. AJ Diemel set the fastest time in Group B with a time of 16.603 seconds. Tim McCreadie, Chris Simpson, AJ Diemel, and Brian Shirley won their respective heat races. Earl Pearson Jr. and RC Whitwell won their respective B-Mains.