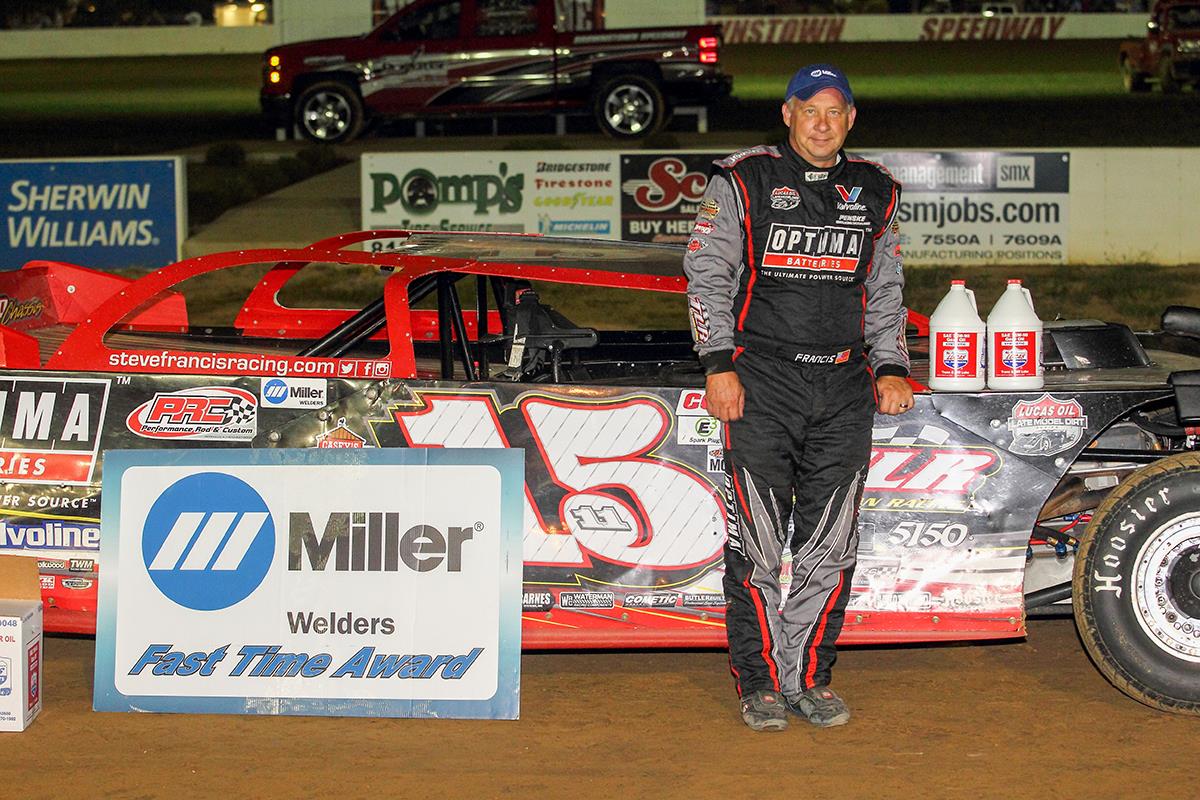 BROWNSTOWN, IN (September 23, 2016) – Hall-of-Fame driver Steve Francis set the overall Miller Welders Fast Time on Friday Night at Brownstown Speedway. Francis was fastest among the 42 entrants on night one of the 37th Annual Jackson 100.

In preliminary action, Steve Francis set the overall Miller Welders Fast Time (Group A) amongst the 42 entrants, with a lap of 13.219 seconds. Cody Mahoney set the fastest time in Group B with a time of 13.535 seconds.