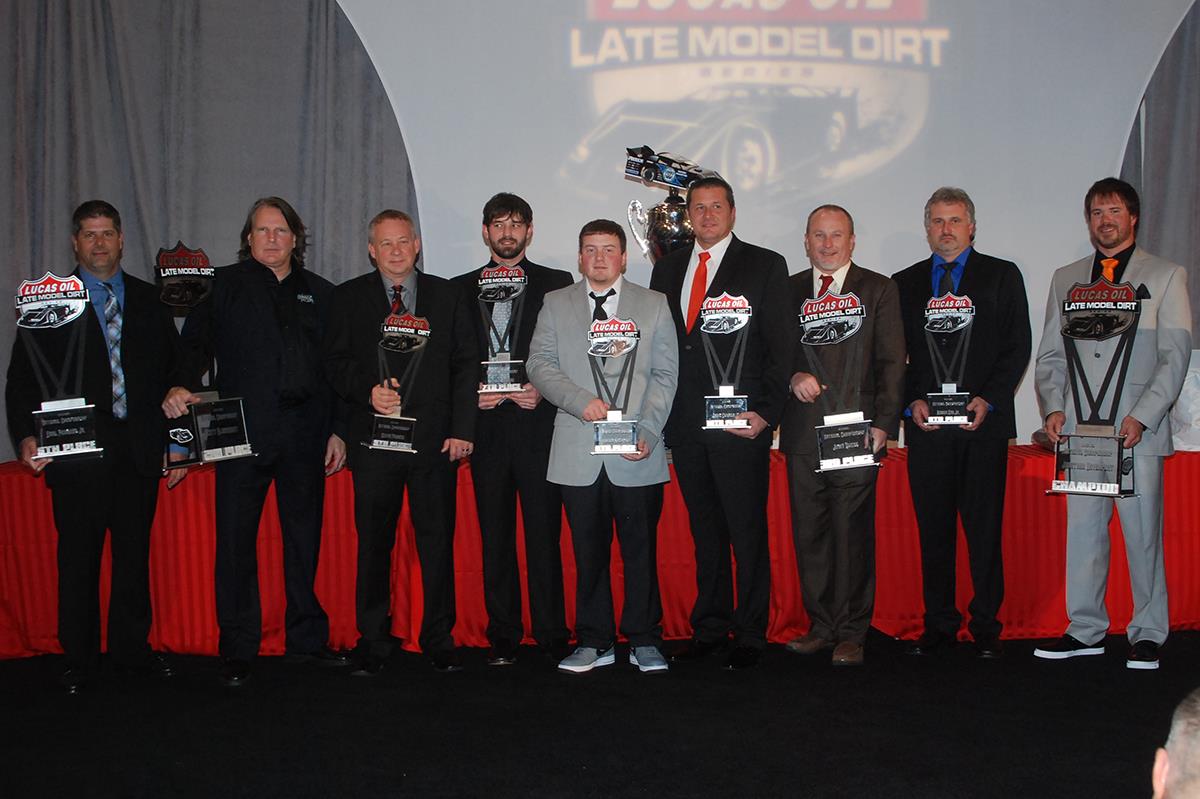 WAYCROSS, GA (December 21, 2015) - The Lucas Oil Late Model Dirt Series recently capped off the 2015 season with the annual championship gala at Lucas Estate in Carmel, IN. During the course of the 2015 season, over 550 different drivers competed at least once on the tour, while averaging 42 entries per event.

Don O’Neal of Martinsville, IN, the 2014 Lucas Oil Late Model Dirt Series national champion, finished fourth in the 2015 championship standings. O’Neal claimed one win on the season, ten top 3 finishes, sixteen top 5 finishes, and twenty-four top 10 finishes in 2015. O’Neal was the Allstar Performer of the year and received $500 cash and a $500 product certificate from Allstar Performance for his efforts.