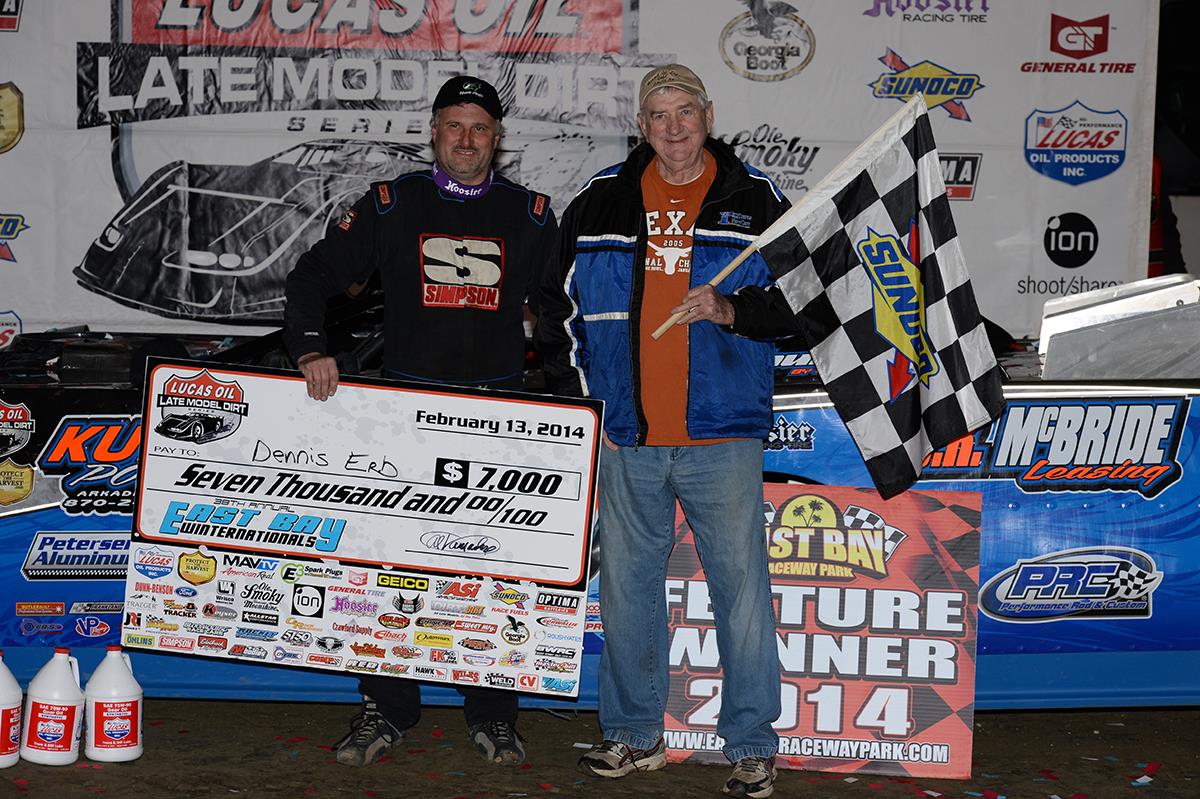 “It feels great to beat Billy [Moyer] here and get a win for C.J. Rayburn and Rayburn Race Cars. The last few years we’ve really ran well here. We just got this car at the beginning of January and rushed to get it together to bring it down to Golden Isles and East Bay. When he [Moyer] started running that high-line through one and two, I thought maybe I had a shot at him,” said the winner in Lucas Oil Victory Lane with his Crew Chief, Heather Lyne.

“We got by him a couple of times early on, but never took the lead at the flag stand. Those couple of cautions there really helped me. Then he [Moyer] started going up the track in turn two to get around that hole up there. We stayed glued to the bottom and eventually we were able to get by him,” said the driver of the JR McBride Leasing, Kuntz and Company-powered #28E C.J. Rayburn Race Car.

Erb earned his fifth career win at East Bay Raceway Park. The win was the first at East Bay for a Rayburn Race Cars entry since Mike Marlar won in 2010.

Moyer was looking for his second straight victory at the 38th Winternationals, but it was not to be. When Erb made the winning pass, he took off and Moyer was never able to regain the top spot again. “Hats off to him [Erb], he drove a good race. If we kept running through turn two like it was, we were not going to finish the race. So I entered turn one high and continued through two in the same line, but his car was good on the bottom, and I couldn’t get back around him,” said Moyer afterwards.

Owens settled for third as the 3-time and defending series champion had his best finish of the season. “Our car was off a tick and we weren’t going to beat Dennis or Billy tonight. We had a good race with Scott [Bloomquist] for a long time. The car is getting better and hopefully tomorrow night we will have it dialed in.”