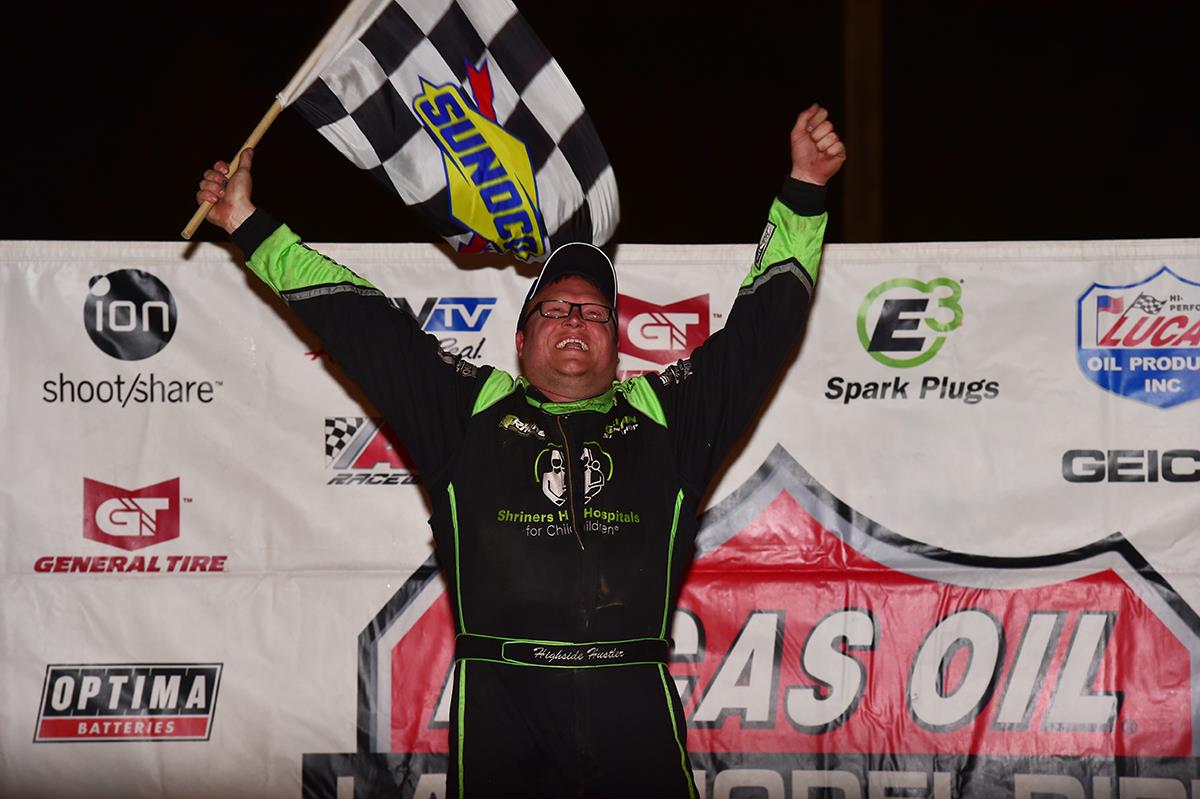 Scott Bloomquist was running third on the white flag lap, but a fuel pump issue forced him to slow dramatically as he pulled into the infield on the final lap to finish 13th. Steve Francis then inherited the third spot as he held off his teammate, Don O’Neal on the final lap. O’Neal was fourth followed by leading Dunn-Benson Ford Rookie of the Year Contender, Jason Hughes, who recorded his best career LOLMDS finish.

“I don’t know what to say! This is one of my favorite tracks as everyone knows! We were not very good the last two nights and our confidence was shaken, but we went to Jason Riggs’ shop and re-scaled the car and worked on it. We came out tonight and the car was flawless. I didn’t know how much right rear tire I had left. I used it up pretty hard out there. When I saw Billy [Moyer] slow with a flat, I was just hoping ours would hold out.”

“Bob Sargent and his crew do a great job at this track. I want to thank Cheap Cars, Titan Steel, Wehr’s Renegade Fuels, Pro Tire, Griffin Sign Shop, Allstar Performance and Rhyne Engines. This Hustler Chassis is the same one that flipped at Knoxville last year.”

Moyer held second position until he slowed on lap 32 with a flat tire. Owens stormed passed Bloomquist on lap 35 and chased Feger the remaining 15 laps. Owens gave it all his car could muster, but Feger was able to hold his line and keep his car out front as he went on for the win.

“We had a good car tonight, we freed it up from last night and it seemed to handle better. We haven’t run here all that much in the past, but I really like the track. It has wide sweeping corners and it definitely is a momentum track,” said the driver of the Mike Reece, Reece Monument Company, Club 29 Ford.

Francis was the benefactor of Bloomquist not completing the last lap. “I don’t know what happened to him when he slowed and pulled down low. We were fortunate to get third and Don had a good finish behind us. Our car was running hot there near the end, but it was a good point’s night, and we will get ready for La Salle in a couple of weeks.”