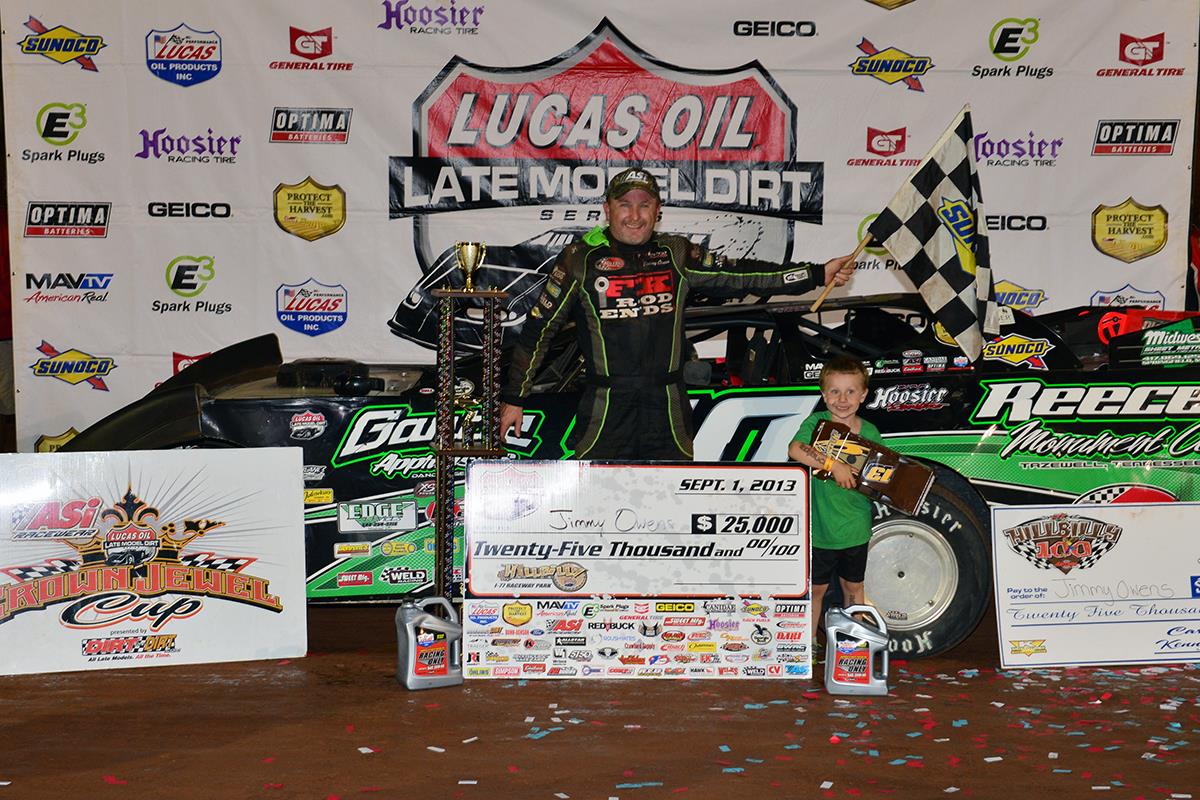 Owens Wins Second Career Hillbilly 100 with Victory at I-77

Dennis Erb Jr. led the first 60 laps of the race and appeared to have one of the strongest cars in the race from the start. But Erb’s machine began smoking heavy during the middle stages of the race allowing Owens to close the gap. Owens then passed Erb for the lead coming off of turn number two on Lap 61. Erb finally slowed in turn four on lap 62 bringing out a caution as his night ended abruptly with mechanical failure.

“I saw Dennis smoking for a long time. I wanted to pull up beside him and tell him to save the motor and not damage it. I feel bad for them, they work so hard, and they had a good car. I am not sure if I could have ever gotten around him. He has led so many of these crown jewel races and he is going to get one soon,” said the Owens in victory lane.

“I really like this place, its racy and the fans get to see a great show. I want to thank Carl Short for putting this race on! We have been on a roll this weekend; let’s hope this continues,” said Owens.

“I also have to thank my car owner, Mike Reece. Winning another crown jewel event for him and my crew is just remarkable. My sponsors, Reece Monument Company, Gantte Appraisals, Red Line Oil, Sunoco Fuels, Ohlins Shocks, Midwest Sheet Metals, Cornett Engines, and Bloomquist Race Cars give us a ton of support, thanks to them all!”

Francis passed Scott Bloomquist for second after a restart and stayed close to Owens for a while. Owens eventually pulled away for the win. “I tried my hardest to stay with him. Congrats to Jimmy and his crew! We had a good car to come from where we started , we are pleased with second. We have tried for a long time to win this race; ever since the Pennsboro days to be exact; we hope to get one of these someday,” said the driver of the Clint Bowyer, Georgia Boot-sponsored Barry Wright Race Cars #15 machine.

Pearson driving the Bobby Labonte, Lucas Oil, and Longhorn Chassis hung tough as he battled several other drivers to a podium finish. “I can’t believe we finished that race! I thought maybe I had a damaged radiator or something after that tangle with Owens and Shaver early in the race.The car wouldn’t turn very well in the corners like I wanted it to after that. But we will take a solid third place and head to the next race”, stated Pearson.

The Lucas Oil Late Model Dirt Series will return to action with a double-header weekend of racing on Friday, September 20th, with the Ralph Latham Memorial at Florence Speedway in Union, KY and the Jackson 100 at Brownstown Speedway in Brownstown, IN on Saturday, September 21st. For more information on these two tracks, log on to www.florencespeedway.com and www.brownstownspeedway.com.