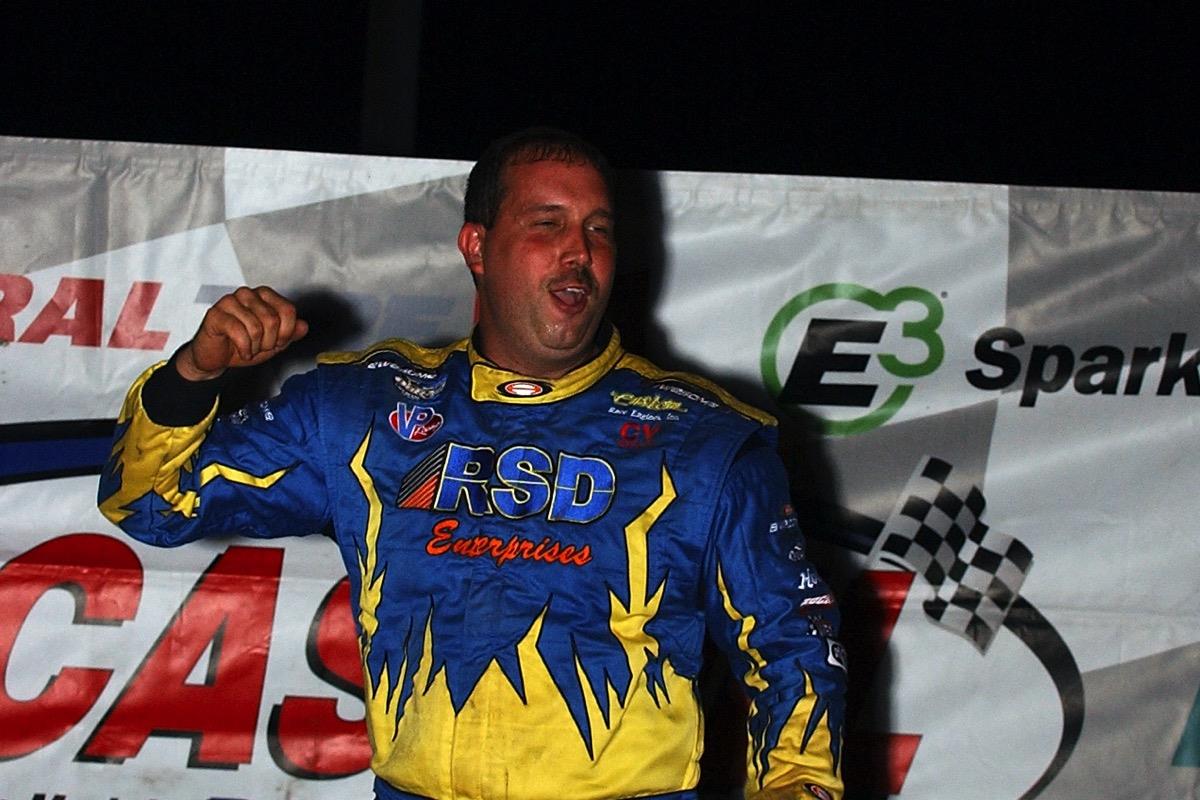 WHEEL, TN (June 12, 2008) – One week after finishing third in the Dirt Late Model Dream at Eldora Speedway, Shane Clanton of Locust Grove, GA came to Duck River Speedway ran away with the Lucas Oil Late Model Dirt Series event; becoming the 13th different winner in 18 events in 2008. Clanton grabbed the lead on lap three and was never threatened despite four caution flags which bunched the field for the restarts, but Clanton quickly distinguished himself as the car to beat pulling away on every restart. Steve Casebolt of Richmond, IN edged out Scott Bloomquist of Mooresburg, TN for the runner-up spot with 13th place starter, Justin Rattliff, of Campbellsville, KY finishing fourth followed by Freddy Smith of Seymour, TN with his best LOLMDS finish of the season, crossing the line in fifth.

Last year’s LOLMDS winner at Duck River, Scott James, and Steve Casebolt would make up the front row for the $7,000 to the win 40 lap main event. Casebolt, who entered the night second in the Lucas Oil Late Model Dirt Series Championship Points, found the lead to his liking as he grabbed the point on the first lap with Clanton, who started third, James, Billy Drake and Bloomquist in the top five.

Clanton showed his strength as he powered his way into the lead around Casebolt on the third circuit. The driver from Locust Grove, GA then started to put some distance between himself and the rest of the field as Casebolt and Drake would race side-by-side for second.

Clanton began to encounter the tail end of the field, and by lap ten he would put two cars between himself and a fantastic battle for second, between Casebolt and Drake. The first caution of the race was red flag stop on the front stretch as fourth place running Earl Pearson Jr. broke a strut rod causing the “Hurricane” and the “Silver Shark” to collide as the two entered turn number one, resulting in James’ car ending up on its top. Both drivers checked out o.k. after the incident, but their machines were too damaged to continue.

With 14 laps scored, Clanton still held the top position with Casebolt and Drake still racing side-by-side for second. Rattliff had made his way into fourth, after starting 13th, with Bloomquist running alongside. The second caution for debris would come out on lap 18; once again the field would be bunched up behind the leader, Clanton.

There were only two more scored laps until the yellow would come out for more debris on the racing surface. Clanton’s car again would re-fire well on the restart as he opened distance between himself and everyone else. The race would see a stretch of eight consecutive green flag laps with Clanton holding a sizable lead.

The race for second continued to catch the attention of the packed grandstand as Casebolt, Drake, Rattliff, and Freddy Smith were dicing it out in an exciting battle for second. The fourth and final caution of the event would come out when 10th place running Terry Casey suddenly slowed in turn 2 after getting together with two other cars, bringing out the last caution the race would see.

With the restart, and 12 laps left in the race, Clanton would have a clear track in front of him, with some tough competition as Casebolt and Bloomquist were set to reel him in on the restart. When the green flew for the final restart of the race Clanton would set sail as he clearly had the car to beat Thursday Night as he pulled away and went to the Lucas Oil Victory Lane for the second time in his career as he scored his first LOLMDS win since 2006, at Rome (GA) Speedway. A great finish for second had the capacity crowd on its feet as Casebolt edged Bloomquist by half a car length to take second and regain the series points lead. Rattliff, last year’s Lucas Oil Late Model Dirt Series Rookie of the Year finished an impressive fourth after starting in the seventh row. Freddy Smith who was in hunt for a top five finish the final half of the race recording his best series finish of ’08 crossing the line in fifth.

In victory lane, Clanton talked about the Ronnie Dobbins owned car which has been hooked up the last two weeks. “I can’t thank Ronnie Dobbins enough and my crew is just tremendous we worked until midnight last night putting a new Custom motor in the car, this Rocket Chassis has been real good the last few weeks, the track was phenomenal tonight, I first raced here back in ’97 and won that time so it’s great to be back here,” said the 32 year-old driver who was joined in victory circle by his wife and son.

The Lucas Oil Late Model Dirt Series will next be in action on Friday Night, June 13 at North Georgia Speedway in Chatsworth, GA for a $10,000 to win event. For more information you can go to www.northgeorgiaspeedway.com and www.lucasdirt.com.