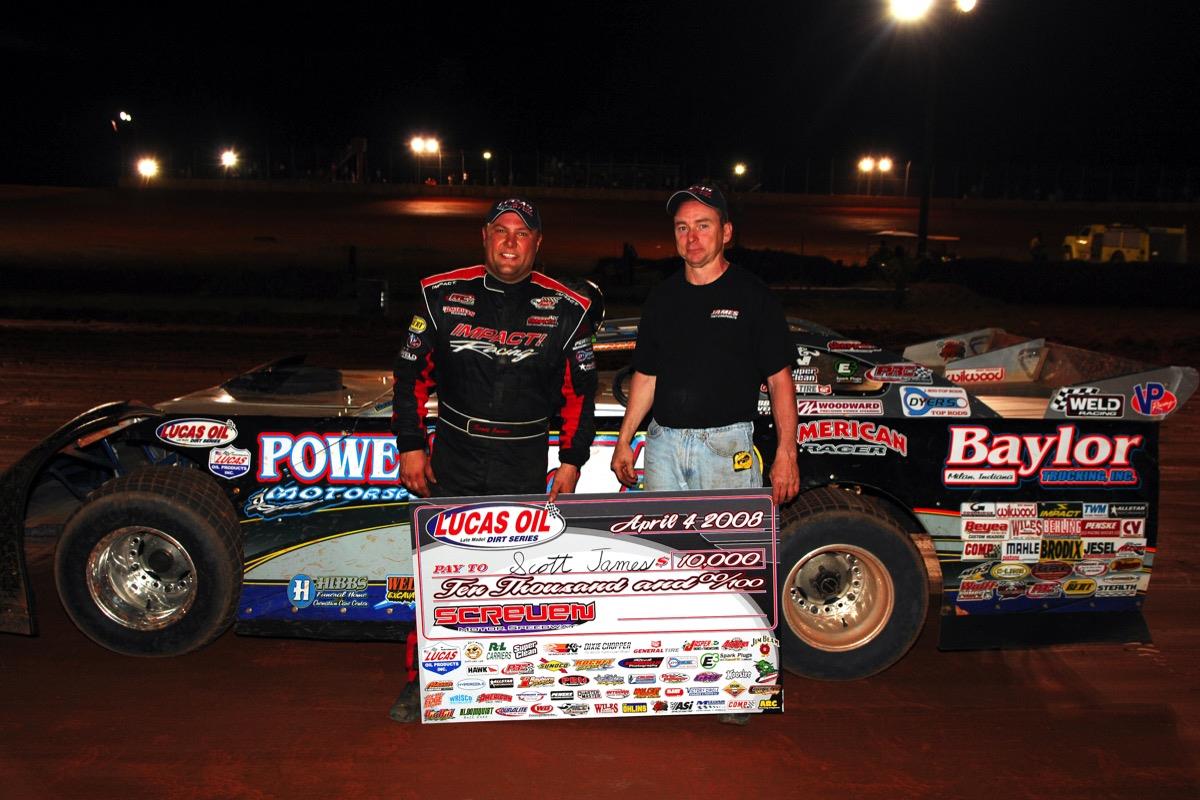 SYLVANIA, GA (April 4, 2008) – Scott James of Lawrenceburg, IN, took the lead from Tim Dohm of Charleston, WV, on lap 21 and then held off Jimmy Owens of Newport, TN, to win the 50-lap main event for the Lucas Oil Late Model Dirt Series on Friday night at Screven Motor Speedway.

James used a unique line around the track in his Baylor Trucking/Powell Motorsports Rocket/Dickens by running high through turns one, two and three, and then driving off the bottom of turn four to cover the inside where Owens was the strongest.

Owens had to settle for second in the Reece Monument/Gantte Appraisals Bloomquist/Cornett, and Dohm took the third spot in the Dohm Cycle Rocket/Vic Hill. Randy Weaver of Crossville, TN, was fourth in the Hicks & Ingalls Contractors GRT/RED, and Donnie Moran of Dresden, OH rounded out the top five in the Eddie’s Sunoco Mastersbilt/Vic Hill.

Billy Drake of Bloomington, IL, was eighth in the Steidinger Construction Mastersbilt/Mulvain, and ninth went to Ronny Lee Hollingsworth of Northport, AL, in the Baird Transport Rocket/Vic Hill. Bart Hartman of Zanesville, OH, rounded out the top ten in the Imler’s Poultry Rocket/Cornett.