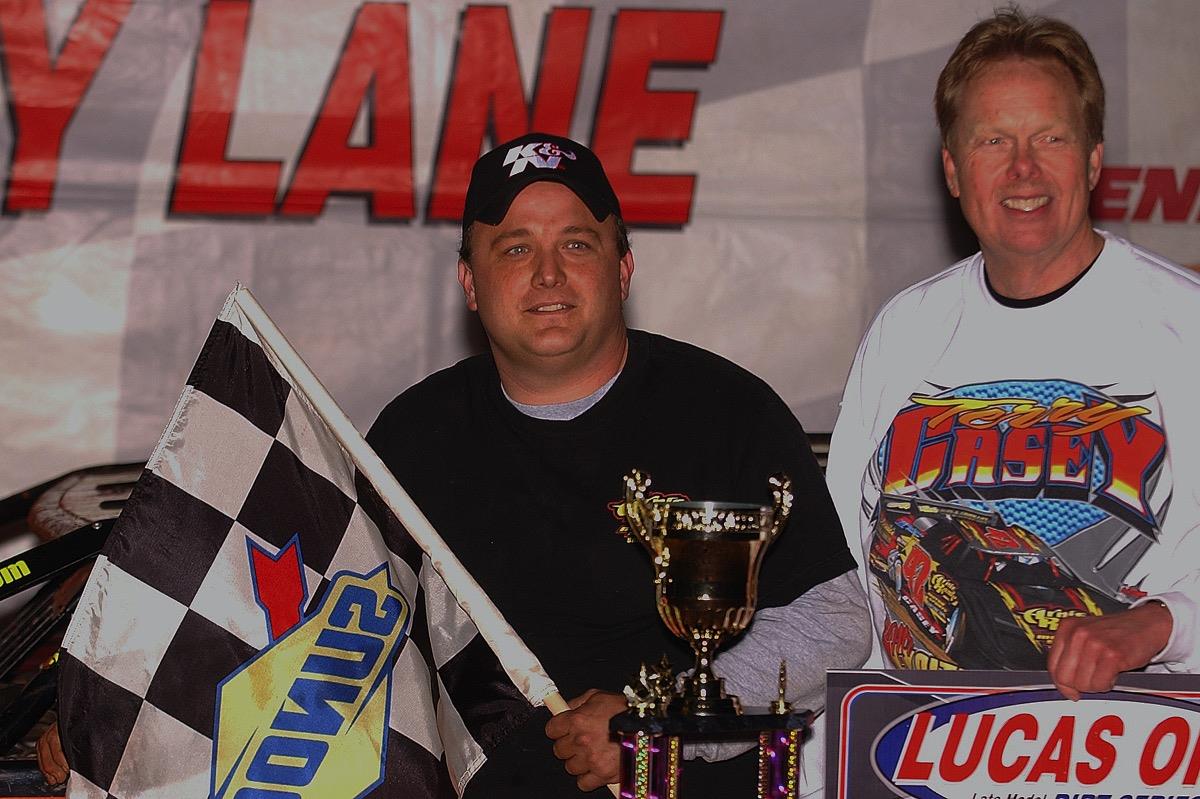 SWAINSBORO, GA (April 3, 2008) – Terry Casey of New London, WI drove the Arnie Ranta Motorsports/Brewer Concrete Rayburn/Pro Power to his third Lucas Oil Late Model Dirt Series win of the season on Thursday night at Swainsboro Raceway in the 30-lap main event. Casey started third, took the lead from Dan Schlieper of Sullivan, WI on lap seven, and then weaved his way through lapped traffic late in the race to post the victory.

The main event win gave Casey a “clean sweep” of the event, as he was the Fast Qualifier among the 45 entrants with a lap around the 3/10-mile clay oval in 14.577 seconds, he also won the Hawk Brakes First 10-lap Heat Race, and he also padded his Lucas Oil Late Model Dirt Series point lead.

Bart Hartman of Zanesville, OH drove the Imler’s Poultry Rocket/Cornett to a sixth-place finish, and Randle Chupp of Troutman, NC was seventh in the Starrette Trucking/Powell Construction Rocket/RC. Steve Casebolt of Richmond, IN finished eighth in the Fatheads/Dixie Choppers Rocket Cornett, and Don O’Neal of Martinsville, IN was ninth in the Harrod Farms Rayburn/Dickens. Ray Cook of Brasstown, NC rounded out the top ten in the A+ Moving & Storage/Fairway Ford Mastersbilt/Grover.

You can find out more about the Lucas Oil Late Model Dirt Series by logging on to www.lucasdirt.com or call the series off ice at (951) 532-2503.