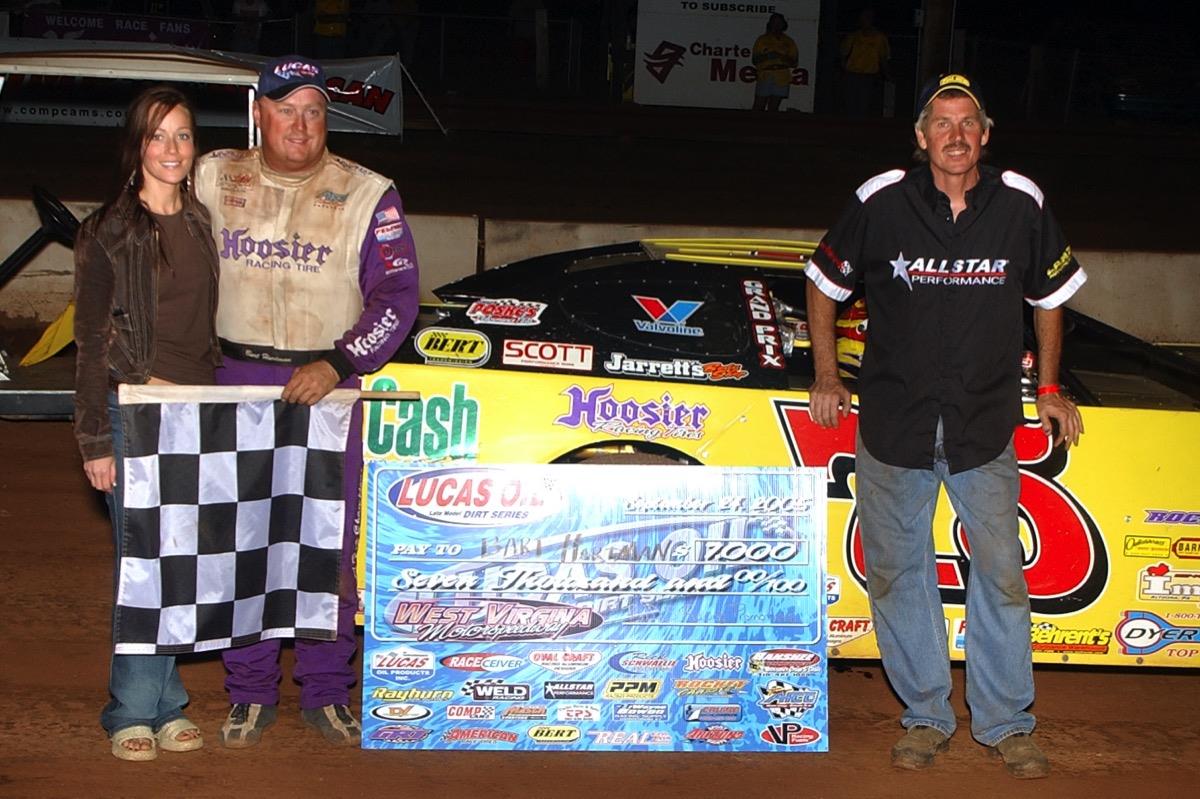 Donnie Moran and Rick Aukland started on the front row of the 30 lap main event with Aukland grabbing the point on the opening lap. Aukland’s lead was short lived as Bart Hartman would come from his fourth starting spot to take the over the lead on lap 2. Moran who slipped to third on the first lap came back to second by Aukland on lap three. With five laps in the books Hartman was showing the way with Moran, Aukland, Steve Shaver and Matt Miller in the top five. The first caution of the race came out on lap five when Steve Lucas lost a wheel coming down the back stretch. On the restart Moran would take a stab at the lead diving to the inside in turn two trying to pass Hartman for the lead, but Hartman would pull away from Moran and start to stretch is lead out.

Hartman started to enter lapped traffic by lap 13 with Moran still holding second spot ahead of Aukland, Shaver and Miller who were tightly bunched up. Hartman would handle lapped traffic well enough keeping Moran at bay and maintaining his lead at the halfway mark of the race. A couple of more cautions would bunch the field up with Hartman still maintaining the lead. Moran would try on every restart slide job Hartman in turn two, but Hartman just too strong as he held off every challenge put forth by Moran. With five laps to go the final caution flag would come giving Moran one last shot at Hartman, but it was not to be as Hartman again pulled away in the final five circuits to score his first career Lucas Oil Late Model Dirt Series win becoming the 18thdifferent winner in 29 events in 2005. Moran would record his eighth second place finish of the season on the series tour with Aukland having a consistent race taking third at the pay window. Steve Shaver would finish fourth with Scott Bloomquist getting by Matt Miller in the final laps to finish fifth.

An elated Hartman said in victory circle that it was a team effort. “The car was excellent tonight, my crew chief, Jerry Farmer had his Rocket Chassis set up to perfection, it was rough in three and four, but the car held up real well and we are happy to win this Lucas Oil Late Model race, because they are a tough group of drivers to outrun.”