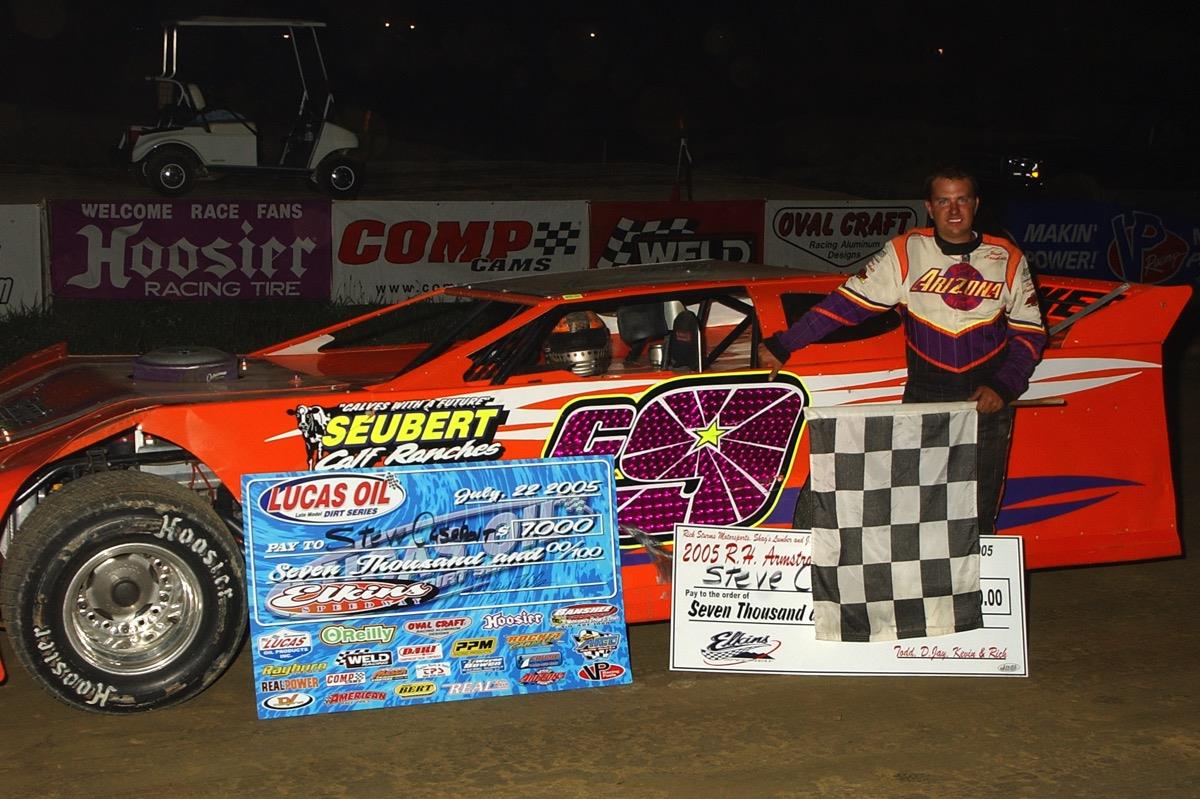 Casebolt took the lead at the drop of the green flag and would have Mike Benedum breathing down his neck, with Booper Bare pressuring Benedum from his third spot. This trio would quietly sneak away from the pack, while Donnie Moran and Rob Blair would battle for fourth. Benedum would really turn the wick up on Casebolt, Jr. around the lap 15 mark and would pull along side of the leader exiting turn two on lap 17, but Casebolt, Jr. would use slower traffic to keep Benedum at bay. Bare would finally get by Benedum for second around the midpoint of the 50 Lucas Oil A-Main, while Moran would get by Benedum for third.

The only caution flag of the race waved on lap 33 when Tim Senic rolled to a stop just over the banking in turn two. The Delaware double file restart would see Casebolt, Jr. continue his pace at the point, while Moran would move to second past Bare. Fourteenth starter Matt Miller would begin to flex his muscles at this point and make his way into the top five and begin to battle with Blair for the fourth position.